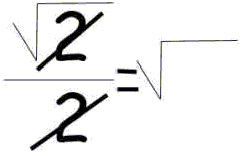 Just as the C-spot™ holds no sacred cows (Thomas Keller pumps out chocolate confections that, at least in the take-away aspect of his biz, amounts to cupcakes at wedding-cake prices; ditto celebutard Jacque Torres who, to his credit, takes the most mediocre ingredients & optimizes them, though, still, his sums total up to ‘sub-average’ which the populous goes all ‘oo-la-la’ over; &, geez, sometimes it feels everyone has gone thru Trotter Centrale), we also have to be careful with young guns.

Many enthusiasts, some even pulling down major money as corporate execs or high powered attorneys, shove the drudge of their day-job for a higher calling in chocolate, thinking it so ‘heavenly yummy delicious’ (to use several mob-terms on the C-spot’s™ Banned Word List) that it must all point to a divinely-inspired career change. Little do they know what anyone schooled in the art understands; namely, the learning curve can be long & steep… anointing consistency the devil in the chocolate.

Nubes often race up to a C-spotter™ demanding that they sample some “decadent / soon-to-be-released masterpiece.” And yet, already the C-spot Census™ numbers several casualties – people who got out of business about as fast as they got in.

The new & the novel (‘OMG, have you tried this or that yet?’) can be so tempting & overpowering (just ask anyone in a long-term relationship). Everything ‘so neo’ is ‘way kewl’. But prudence & experience need to discipline the gush of excitement; cautioning that precious little measures up right out the gate. Besides, novelty or extreme chocolate wear off fast & any premature evaluation provides a disservice to everyone along the chain.

A prime example is Amano Pollard. Arguably now America’s best technician, initially Amano made money by making mistakes – quite an envious business model; what other field besides politics allows for that? – with its once-abysmal Madagascar 70%. Because the market itself had yet to mature, so, being chocolate, people bought it & ate it up anyways. Or François Payard, whose first attempts were woeful, but he stayed on it & now does respectable work with chocolate.

Especially in the States with its ‘get rich quik (‘n famous) casino economy’, scads of novices run to some weekend or tourist cooking school (think Vosges), graduate with a box set of knives, & declare themselves Master Ironman of the Craft. Just consider the person in NW USA who briefly studied under Genin: the fruit did not fall close to the tree there… at least not yet.

So going forward, as a general rule, with the rarest exceptions, the C-spot™ will review a bar or box only if the maker has been in business for 2 or 3 years unless it demonstrates some consummate skills (a cocoa prodigy) or notable peculiarity (a unknown origin, for instance). Otherwise, such evaluations amount to beating up on a bar or box well before its time. 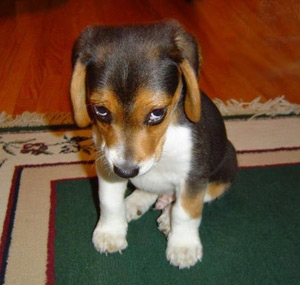 Sorry… but I didn’t mean to