On Matters of Good Taste

Fresco Rob Anderson shies away from absolutes. For him, “chocolate is about personal taste, preference & a number of other nebulous criteria”. He prefers to list each bar & its parameter settings (roast, conche, etc.), & then let people judge for themselves.

In keeping with that, Fresco steers clear of any liner or tasting notes on the packaging that’d prejudice a customer’s impressions (a wise choice for a start-up working out the kinks rather than attempting to calibrate the details, few of which are accurate even by the seasoned veterans; the few exceptions being masters like Domori, Bonnat & a couple others whose notes are generally instructive).

This approach mimics the overarching spirit of the times: relativity.

Funny though… in terms of sound, humans have more or less agreed on some tones being more pleasing than others (for example, a triad versus a tritone; the latter definitely has its place & purpose, especially valued in idiomatic placements). This emerged over centuries & pre-dates Bach’s well-tempered exercise in fixing the major / minor scales. Pythagoras well before him theorized certain mathematical principles that led to the harmonic overtone series & acoustic relationships.

Likewise, the Western canon, that archive under siege from the School of Relativists, generally elevates, say, Beethoven’s 9th above Ga-Ga’s Born This Way. Or to be more street, an ice-cream truck jingle over a police siren.

Driving the theme farther home, we reach consensus on vision as well. No one except the blind (in which case they’d be cited for another infraction) can talk their way out of a moving violation for running a traffic light with the excuse of ‘officer, a peculiar doppler-effect in my field of vision makes red appear green’. (Try it & see what happens.) 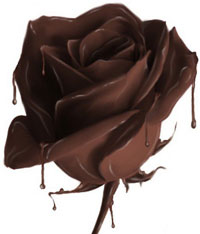 Ditto touch: while some may prefer thorns to roses, they represent a distinct minority.

These senses we generally agree on. But for some odd twitch when it comes to matters of taste, common ground gets tossed out the window & trashed with ‘it’s so subjective’ and ‘way too personal’.

Bitter – acidic – sweet – salty – umami, etc., relate to more than just some archaic mapping of the tongue. The stuff goes deep like biology. Manifold receptors on the tongue are wired to detect taste perceptions without which evolution of the species would be endangered – prone to ingesting poison – by undermining survival’s role in it.

Yet established norms persist that taste remains the personal confine of a very private domain.

Chocolate more than any edible begets this, so like sex & politics everyone’s an ‘expert’. This in no way invalidates personal taste; it simply opens the subject up to scrutiny.

Some of the overweening subjectivity goes to satisfy the market; to reach the broadest possible audience now that narrow-casting defines the era, making wider appeals more difficult yet increasingly essential particularly when cheap commodity pricing dictates volume rather than premiums.

Tom “The World is Flat” Friedman extols how technology & democracy have leveled the playing field. (If so, why are vast resources & assets overwhelmingly concentrated in the hands of a rather tight super-class? Maybe because cell phones, Facebook pages & unlimited tweets replaced religion & TV as the new opiates?)

In this environment everyone has a say, a viewpoint, a vote counted in the public opinion poll. It could be insightful or uninformed as long as it can be collated for mass marketing & subsequent data mining – whether sold or freely download.

One renowned bean-to-bar maker who crafts indisputably good chocolate, has a hard time compiling liner notes or descriptors for the label’s packaging. This person “can’t quite put a finger on it… it’s some kind of _______ “ (fill-in the blank with whatever evasive flavor escapes the moment but will probably come-to when dwelling upon it stops; strange how it works like that sometimes).

Incredibly, 3,000+ different fruits grow around the world, mostly in the rainforests. Of these, maybe 200, at tops, ever appear on tables in the “First-World”, with only a handful dominating the daily diet. Compare that to Amerind forest-dwellers who eat over 2,000 in a lifetime. This helps explain why most portrayals of chocolate are rather impoverished. They boil practically every bar down to the standard 3 or 4 “hints” of strawberries for the British, wine grapes to the French & cherries in the USA, with the occasional red currant thrown in for “exotica”.

Third, perhaps an overriding factor may involve that all other sensory inputs can be shared communally where food resides in the individual… eaten perhaps in the company of others but swallowed & ingested individually by each for their own body.

Calling someone out on their ability to taste (& not their preferences per se) rises to the level of desecrating a faith. Therefore, no one dare question that any more than one would Muhammad.

So few can agree on a chocolate bar or a box; ask 100 people & 100 different impressions come back. 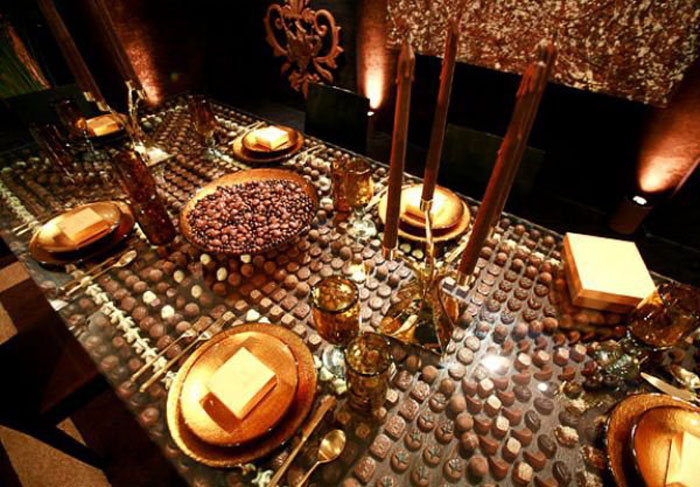 Finally, a physiological explanation: a 2011 article in Chemical Senses, reports that the 25 or so bitter receptors on the human tongue & their respective genes (known as taste receptors, type 2’s or TAS2Rs) express some genetic variation, which may influence response to bitter compounds. This primarily governs the reaction to taste rather than its perception of it.

Are people taste-blind like some people are color-blind? Prof. John Hayes, a flavor scientist at Penn State University, thinks so. But then he discourses at length about people’s taste preferences, especially their abhorrence to bitterness or extremely hot spices, which more than suggests they indeed perceive them but simply dislike them in undermining his own opinion / belief about ‘taste-blindness’.

But here’s a conundrum: a plain chocolate bar once hit the shelves exuding a specific note – let’s describe it as, say, Flava-X. Everyone readily identified it as such (quite remarkable given, again, how few agree on anything in this sphere; that’s just how huge & exaggerated this specific flavor registered). When raising the specter that it could be an additive, fans of the bar just ignored such talk & banished the thought. After testing the bar using current state-of-the-art equipment, its chemical analysis showed signs of some non-cacáo compounds. The faithful congregated & closed ranks around their cocoa deity (the maker), shouting that even the mere suggestion was blasphemous. It all rises to the level of idol worship (or is it just love of money… & being on the payroll?).

Or how about this: at a much publicized event for a product-rollout announcing a rare heirloom, the manufacturer pumped the audience, comprised of distinguished American “foodies”, with a superstar pastry chef imported from Europe (the accent & white smock always a good maneuver) who proceeded to regal them about how he had waited, yearned really, for this one such moment; that this taste sensation about to be shared by all in the room would be unforgettable because the product was absolutely the best in the entire world & in all the kingdom of flavors; so special that another celebrity taste-arbiter also gushed it the”‘best ever” & plied an upmarket clientele, denuding them of their resources at an astonishingly exorbitant rate (hey, if you can get it, then just get it).

Naturally the audience members sat up, ready & eager to sample the goods. They were summarily bowled over (with a couple notable exceptions), even nodding in unison over faint notes that only the most seasoned palate could detect.

In an independent survey conducted just days after the event, most acknowledged that upon re-sampling the product on their own, outside the confines of the cult-atmosphere where everyone trips over the Kool-Aid bowl, they actually found it wanting; unique perhaps, but far short of the superlative highs of the first impression, & just above average.

A classic example of an alpha-taster priming the audience’s reaction as a hypnotist a patient.

What’s the point of all this? You figure it out. 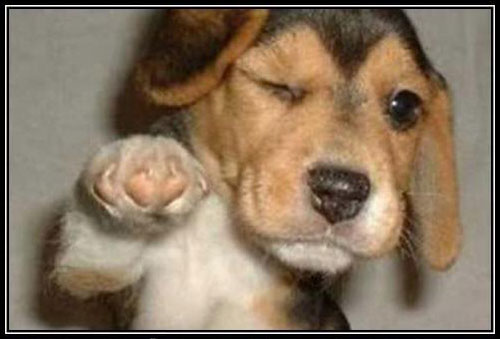