V. Southbound with the Hammers Down

At the speed of life his sons followed in their dad’s footsteps, & beyond, trailing him to South America… & marrying Peruvian women. Hot-blooded Americans brothers hooking up with Latina chicas.

After checking out the country on a Spanish language studies program, Adam, an entrepreneur, & his wife Nery, a banker born in Peru, decided to hang back in California.

Brian, with his sarcastic humor + 162 IQ, stayed on. He holds the distinction of being a minority of one: Don G — for the only Gringo in the Marañón Canyon.

Some kind of prankster, Brian escorted his loving bride Ceci down the aisle, out the church & shot straight from their wedding reception to spend the next 16 hours together in the back of a flat bed pickup truck. They rode in the open air on a jungle chase for cacáo with 8 other cocoa-hounds who shared in their honeymoon. Quite the departure for a newlywed who never went out carousing before her marriage (or so she professes). That’s what this chocolate stuff does to humans & what they’ll do for it.

As soon as their party hit the canyon, cacáo showed up all around, plentiful as water in the Great Lakes region back home. Special occasions deserve VIP treatment however. So they decided to go farther afield & track down the extreme, the extraordinary, the priceless.

The canyon floor begins at around 1,500 feet above sea level. It sprouts that mix of purple ‘n whites seeds embedded in their pods all over the place at that altitude. From the mouth of the canyon the walls slope gradually for a while before rising precipitously to 6,000 feet capped by sheer rock. These revelers wanted to see how high they could get below the tree line above which no more cacáo would grow. They figured it would top out somewhere at 2,500 feet or so – the accepted norm to the Theobroma cacao species’ limit.

Above that meant high winds would blow away any buds before those have a chance to flower. But by 3,000 feet, the party noticed that cacáo had hardly diminished at all. They kept climbing. Another 500 feet & still no thinning out. They spotted cacáo here… there… everywhere… 4,000 feet… surely time to turn back, no? No. They pulled up over a hill to a tiny hamlet, a hidden Shangri La, & stopped approximately 4,100 feet above sea level – an altitude unheard of for cacáo except in 2 other rumored locations on Earth: the Bolivian Yungas where cacáo is husbanded well above & away from the Alto Beni of the El Ceibo Chocolate Co-op; & the foothills of the Rwenzori Mountains, part of a granite-uplift range forming Congo’s Virunga Nat’l Park whose forests, among others, are home to rare Mountain Gorillas.

As if 4,100 feet wasn’t enough, what the Pearson party discovered that night astonished them further. A contiguous stand of 23 wild-looking cacáo trees, not in ordered rows but scattered about in remote isolation by themselves, with perfectly uniform pods bearing 100% bridal-white seeds. Virgin porcelana-like beauties.

Many blanket Peruvian cacáo with the misguided term “Upper Amazon” (Alto Amazonas) as if everything west of where the Madeira & Negro rivers flow into the Amazon River were uniform, when it’s anything but. Distinctions between ‘Upper’ & ‘Lower’ Amazon – whether geographic, genetic, or gastronomic – can be misleading, with a population complex far too diverse & overlapping to draw such a gross delineation. It signifies a hazy mob-term to describe a vast indiscriminate area, similar to ‘West’ of the Mississippi. That said, cacáo at 4,100 feet, way out on the western flank, perfectly white, gives ‘Upper Amazon’ real coordinates & true meaning. 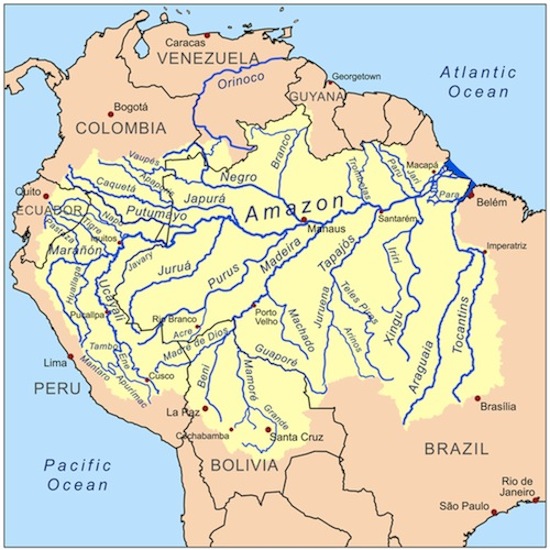 The Emberto Hernandez family, all 8 kids plus mom & dad, own this patch of land hosting these 23 trees. Emberto says he’s going to cut them down next week, “can’t stand their naturally milk-chocolate taste”.

Oh no… wait… the milk of Mother Nature’s kindness, Pearson tells him. With that suasion, Emberto was talked out of it.

If they didn’t already, they now knew they had a vested interest. Newlyweds & soon with a child playing to Billy Idol on the system, it was a white wedding after all. Something about this place, these people, & those pods spelled promise, smelled prosperous.

GO TO PART VI –> Chocolate Roasting on an Open Fire