In the June 2014 issue of Wine Spectator, the magazine’s Owen Dugan & his team –- whose experience & expertise covers bars as well as bottles — seized the Heirloom Cacao Preservation initiative (HCP) as “very important research… similar to the Domaine Expérimentale… which preserves some 7,500 genotypes of vinestock… [a shift] from the we all-descended-from-Adam-and-Eve model to an embrace of diversity”.

Though Wine Spectator took liberties in the article below to personify the project, HCP is a public-private collaboration between the USDA & the Fine Chocolate Industry Association involving its membership led by the Founding Circle Members — 25 chocolate companies & industry stakeholders, the vast majority of which are artisan & small independents.

If Wine Spectator — one of the major publications in the world which represents an advanced & lucrative specialty — sees the importance & value of Heirloom Cacao, then maybe the greater chocolate industry & market forces should too.

FULL DISCLOSURE: The publisher of the C-spot™ is the Director of the HCP Fund 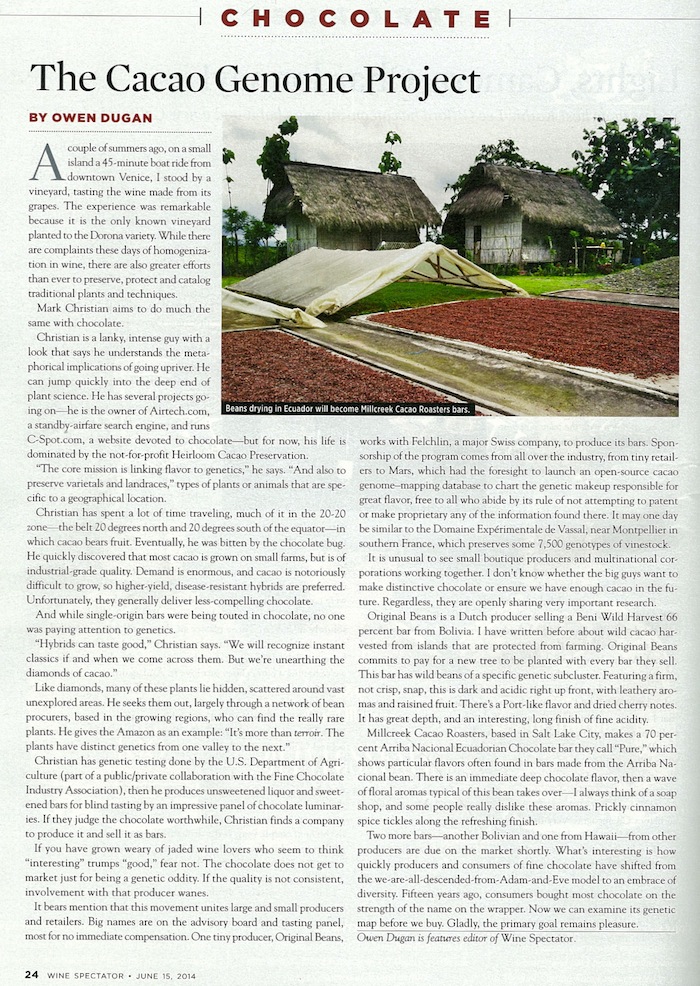