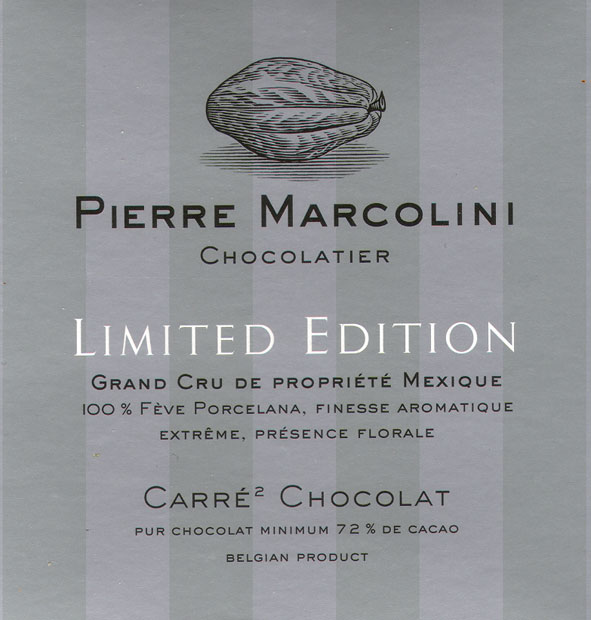 Easy to ascertain just how ‘Porcelana’ this strain really is since its feral fruit nature shares traits with Diego Badaró from Brazil. Speculators raise the possibility whether this might be some variant of the white Amazon type known as Catongo. Genetics, however, indicate a faux Porcelana: an F1 clone (Amelonado with some timid Criollo), then purposely underfermented to keep 'em whitish.

The net result tastes less agressive than Coppeneur’s version of this cacáo sourced from the same Finca La Joya near Tulipán Mexico, delivering controlled bitterness & fuller chocolate; the differential, as shown in their respective textures, being the lengthier conche & balmier butter which also translates into a softer profile here.