At first blush the name sounds redundant: ivory of white - recalling 64 shades of grey - except blanco as a noun means ‘target’ in Spanish & marfil just as easily refers to the tusks of the gentle-giant in the savannah that can sometimes pointedly turn to a hard-charging force of nature.

Which is pretty much what this bar does: a drunk elephant trouncing on cactus juice with very little chocolate underfoot... & you’re in the way.
Appearance   4.1 / 5 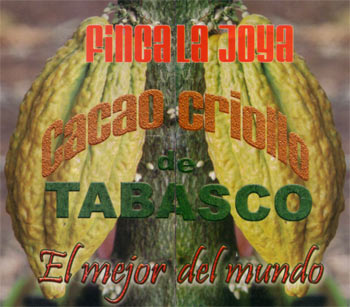 Finca La Joya, the presumed estate growing this cacáo, really push the quick fermentation on these seeds. And Bonnat displays rare nuance with the roast, further attenuated by a generous butter cut, to belie the aroma. Maybe reverence for, & delicate reputation of, “porcelana” (really an F1 clone [Amelonado x timid Criollo] supposedly transplanted into Mexico from Venezuela) influenced the approach here but it could’ve tolerated higher heat, perhaps converting some bitter polyphenals to draw out slightly greater chocolate notes while simultaneously burning off a measure of acidity in the process.

Whatever its true provenance, this varietal once more proves among the most site-specific cacáos on Earth, & of Bonnat's Porcelana Trinity it lies in the middle between the warrior-strength of Apotequil & the more traditional Venezuelan.