Ever the ethnobotanists, leave it to the French to mine pre-Columbian mythology for its bar names. The godchecker facts show Apocatequil as the Incan priest of the moon deity Coniraya... & of lightning. In his honor, very male statues were erected on mountaintops in Peru to attract him &, given his associations with the night, stand him up to be some randy... well, moonlighter. The kind of guy who lets his mother or little sister carry the water for him while he goes about the pretense of uprooting the savage Darklings who inhabit the earth & populate it with humanity in their stead (naturally, a bevy of young maidens). In other words, he brings the lightning, the women bring the rain, & this bar the thunder like ODB. 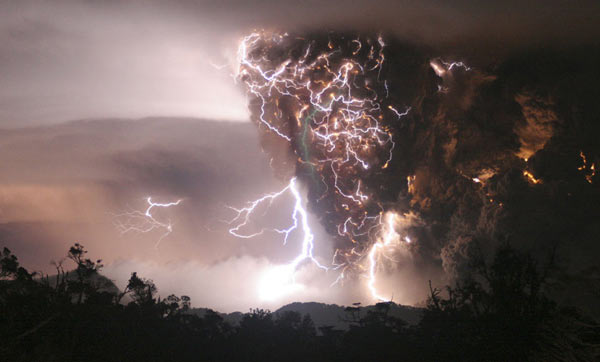 Aroma   7.9 / 10
concealed for a Peruvian (the calm before the storm? or just true legacy of Porcelana?): headnote of hard charred cheese -> yams & guava buried in butter -> llama wool; opens up soursop
Mouthfeel   13.8 / 15
Flavor   44.5 / 50
quik taser-shot from florid chocolate (tuberose & oncidium) -> electrocutes guava blossom to streaking fruit -> soursop pooling beneath into a lake, its acidity controlling the flow as it comes fore in a jolt, hurling rain by switching places w/ a chocolate of subdued character going below -> grows greener & wilder on leaves (peach palm & balsam; dock [w/ plenty oxalic acid] & pau d’arco) & climbing vines (lianas) buzzing like so many electrical lines -> to a bolt of more edible flowers (nasturtium + yopo; bitter terpenes intact) -> guava re-emerges -> swishes trademark Porcelana (supple milk chocolate analogue) for a grand finale; unforseen after-shocks on orange / papaya... then ever deeper chocolate (a post-script eerily recalling Bonnat's other classic Porcelana release
Quality   17.7 / 20
That this is Porcelana may just be conjecture but its Peruvian nature is unmistakable & makes chocolate out of lightning. Of Bonnat’s Porcelana Trinity, this is the feral Incan warrior, the Venezuelan the warm classic, while the Mexican fills in the midrange. Very little make-up (neither vanilla nor lecithin) & midpoint processing all the way around - by Bonnat standards - exemplified in a balanced conche yielding that fine texture, well short of stripping out the acidity that could rob this of vitality, with sugar the main hindrance on what would otherwise be a wild tempest. Butter provides some padding too yet also potentiates the time-release of acids to lift the veil of cloud cover & bring the thunder, generating a perceived sweetness greater in impact than even the actual added sugar content &, conversely, more tongue-splitting sharpness than Coppeneur’s Apotequil.

The net-net: tremendous reach, especially in the after-effects, fierce but disciplined that never gets unhorsed.