Impact
A bar less about chocolate itself (as good as it regrets) & more about the philosophy Tri Hita Karana. Instead of Buddha Zen’s complicated 8-fold path, Hindus believe in just 3 causes of happiness: good relations with God, with other people, & with the environment (echoed in the Hebraic tikkun olam – repair the world). 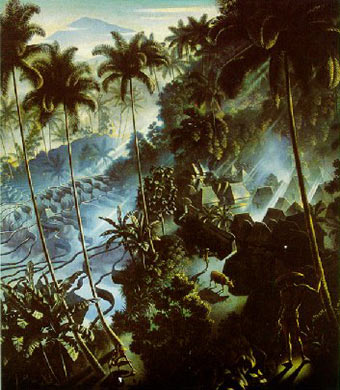 Had it only lived up to the aromatics (perhaps asking the impossible). Quiet intensity nearly pulls off the tour de horizon, delivering that essence of the Western image of Bali cultivated by anthrologists (RE: academic tourists) like Margaret Mead: "an enchanted land of aesthetes at peace with themselves & nature". Instead, this ultimately goes wandering & begging, that desulatory & anxious indeterminacy reached in the coffee passage ala a classic São Tomé (perhaps signaling Amelonado lineage), right into a suicidal death march locally called puputan, which Amano tries to charm away with “you might even notice some coffee-like flavor”. Before then, however, is anything but as this Jembrana teases with modesty... of what might have been.

Little to suggest, other than presumably forced mechanical drying, that Java lies in spitting distance, a mere 2 miles to the east (having once been connected during the ice age) but a world away in terms of cacáo culture as interpreted by Amano who applies a meticulously calibrated, even ideal, stopwatch-timed roast. The conche comes right too, to get the most excellence & quell the hardest flavors of this bean. Even hand on the blend of components, high cocoa butter to soften the beastly earth notes & just the correct sugar/vanilla makes for a joy ride.

Yet the progression feels as if an extension has gone missing; the course incomplete, unfinished, that ill-defined anticlimax; the batik in which the wax seeped thru the fabric, preventing the dye from being fully cast. Sometimes it’s just the beans’ genes or a particular year’s harvest. Maybe the formulation could be re-cast - the Temper & Texture show ultra butter - for a ratio favoring a fraction more mass / less sugar. Butter can carry a flavor but too much will smother it. And while the Snap is percussive, the final taste never really strikes the hammer god of ‘nuclear gamelan’ in, say, Colin McPhee’s Tabuh Tabuhan. Vanilla too might be sacrificed (Bali possesses plenty of resident spice already) to obtain greater clarity & potentially an even better outcome.

Admittedly, these are fine lines... but in the pursuit of pure happiness. 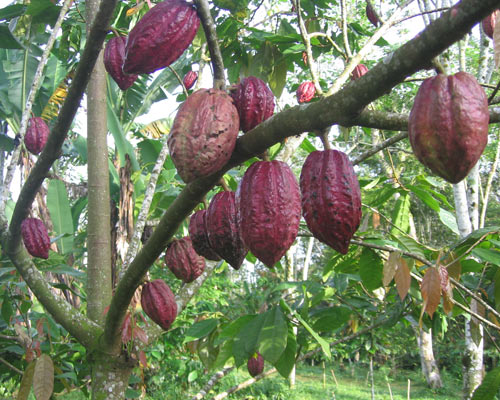