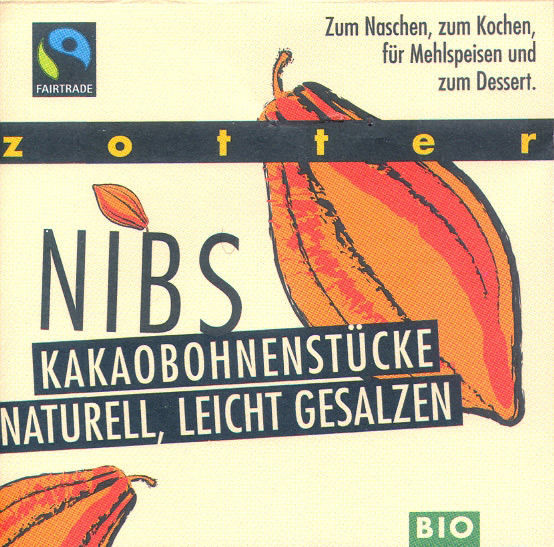 More importantly, home to some of the earliest human societies in the Americas, at Lauricocha. Likewise, cacáo has grown around these parts since prehistoric times on a land also producing El Cóndor Pasa. Written in 1913 by the physician-musician - composer Daniel Alomía Robles - & based on traditional Andean folk tunes, it originally drew inspiration from miners who wanted out from their troubles with a foreign-owned company. In a similar vein, Robles blazed the trail for many Peruvian panpipe players in NYC subways by moving to the USA during the roaring ‘20s. Later, Simon & Garfinkle brought his song to the attention of Western ears with their version starting with the lyric ‘I’d rather be a sparrow than a snail’.

Well, how ‘bout a salted snail?

Cocoa escargot. (Leave it to an Austrian chocolate maker.)
Appearance   4.7 / 5

Aroma   8.9 / 10
cocoa breaking the plastic before it's even opened -> a lot of Nibs the world over contain a banana middle-note... ditto these -> some compost & tobac leaf buried beneaath -> way on top: very light papaya -> peach palm, orchid -> dusts up manioc & cotton (candy)
Mouthfeel   12 / 15
Flavor   38.8 / 50
micro-salt hits the senses first, then spreads to a saline solution as cocoa fights for air -> breaks-thru in a mushroom cloud of a dirt-bomb & meat tenderizer -> settles some to re-sprout all things green (plants, grass, vines, incl peat for a single-malt F/X) in a compost pile being munched on by a herbivorous snail -> harsh bitter takes over amidst flashes of soiled chocolate -> finally pacified by brazil nuts
Quality   15.2 / 20
Brackish.

Perhaps a first... Nibs endowed with the Zotter difference: salt. Excessively clean winnowing & well-conceived but just misses in the execution. Less ham-fisted on the salt shaker than imprecise; salt can enhance but too much can stifle. Sodium here serves mainly to choke off complexity. Yes, it controls Peru’s rambunctious terra by dominating it, turning Nibs into slothful slugs, until yielding at that bitter ending. As such it generally occludes this cacáo’s intrinsics.

And as advertised, tough enough to cut thru a' big glass of red, pike-perch or venison' (spoken like a true German-speaking appetite: ‘meet me in Black Forest for picnic’).