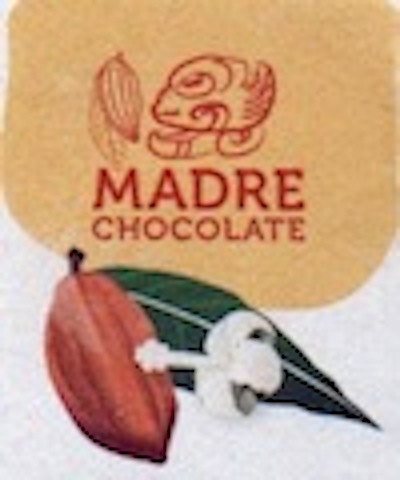 Specifically, leaking heiaus... sacred places entered into only by kahuna (priests) and alibi.

In that spirit, Madre sacrifices cacáo so that vanilla may rise forth.
Appearance   3.8 / 5

Aroma   7.9 / 10
very vanilla driven into black toffee & peanut -> exhales short breathe of dragon fruit, then beeswax
Mouthfeel   12.1 / 15
Flavor   35.4 / 50
a double of its Aroma (except with the addition of black tea): comes on strong & long
Quality   14.8 / 20
The additive a bit too heavy as this becomes more a vanilla exposé than a chocolate bar though Madre professes only an infinitesimal amount which points to the overweening internet spice quotient in this cacáo. So much so that any additional vanilla would seem, at least in this particular case, unwarranted

The saving grace: fruited notes inherent to the this origin punch thru at the end, leaving a floral orchid pattern in its wake.