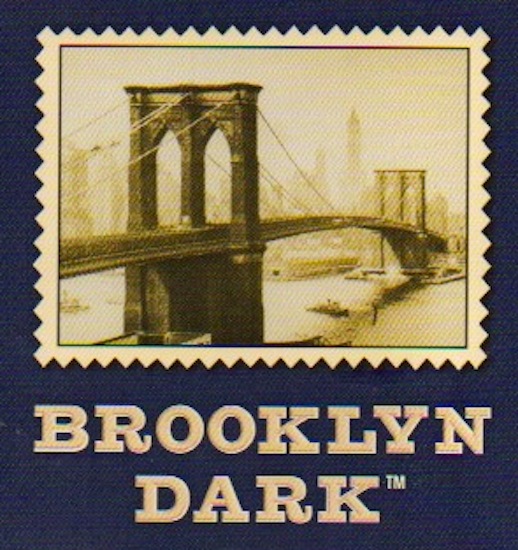 Impact
Brooklyn Dark... because between midnight & dawn, no borough in NYC plays harder.

Aware that newcomers might require a little breaking-in, this company pegs its base couverture at a twee 63% cacáo-content, just enough to meet-up in the twilight, yet still imposing to attract voyeurs who wish to nibble on the Dark Side.

Perfectly in step with local electro-pop hedonists Scissor Sisters; specifically their boogie "Take Mama Out Tonight" (yeah, grown children do that). She (or he, depending on family chemistry) will be thrilled by the hits of pharmacologically-inactive hemp seeds, spice, & mineral bath concocted by this chocolatier. (Maybe even slips something in to really MindF mommy.)

Oh, kids these days are so clever until realizing that their parents basically schooled them in the arts of altered states... usually by conceiving them while in one. Yep, some behavioral traits are indeed hereditary.

Taking mommy out periodically sure beats living back at home with her. So to make ends meet young'uns share communally, such as a loft in downtown Brooklyn whose denizens each work a handful of hours per week running a B&B booked solid practically year-round in exchange for no rent. They give fresh credence to the motto ‘land of the free, home of the brave’ in a country that levies taxes at every conceivable transaction-point... from roaming charges to toll roads, gas excise, airport exit fees, sales, labor, investments, property, & even death -- nothing escapes its reach -- & swim against the tide of a burgeoning school of guppies who acquiesce as data feed in the emergent surveillance state.

For supplemental income, this tribe plays some sly poker while discussing the virtues of squatting, the superstition behind cutting a deck of cards ‘thin to win’, or whether tantra rises to the level of a philosophy of love or just ritualized lust. All between rounds of fresh-crafted chocolate that buzzes the teeth & the brain so their hangs can last deep thru the night until the wee hours.

The following summarizes Brooklyn Dark's recent Flavored releases that fill the slot between a bar & a bombone (the shape of the former & usually the taste of the latter). In the Flavor Section below, individual bars are listed with a brief synopsis of each. The general rating (at the upper right) reflects their composite average.
Appearance   3.2 / 5
serviceable stock
Aroma   7 / 10
vanilla-amber
Mouthfeel   11.4 / 15
Flavor   43.2 / 50
Classic Hemp - cherry cough syrup (the consequent of a rubbery couverture) dominates the sidebar hemp seeds which eventually curb those artificial flavoring aspects into a more bitter medicine swallow

Open Sesame -- the Classic Hemp base above, fortified here with sesame in a mix of hulled whites & iron-laden blacks; musty & musky & micro-crunchy chocolate halvah; Ali Baba, nary a conjurer of cacáo in his mystical Land of Punt, would be jealous

Orange Silk -- 'silk' refers to the Flavor rather than the riotous seedy Texture with dried gummy fruit; chocolate 'n orange... a tricky combo to get right; Brooklyn Dark curbs the zing & the zang of orange zest with hemp + sunflower seeds as well as cranberries; a bumpy-smooth demo to show this label possesses a real knack for gastronomic assemblies

Moroccan Spice -- Brooklyn goes deep souq in this abyath version of the classic Ras el Hanout herbal mix cloaked in cumin heavier than a sweaty NYC taxi stuck in traffic on the Williamsburg Bridge during rush hour... which suits the driver just fine since he can hop out, unroll the magic carpet & observe the call to prayer

The Button -- half-dome bombone; instead of cream, Brooklyn laces it with a solid coconut mylk center & its signature hemp, this time more redolent of a green bud inhering some Thai basil stick so consumers can just ingest instead of inhale; incredibly persistent... durable in fact; when Brooklyn Dark starts its own beam-to-bar operation, this could become the definition of 'stone-ground'
Quality   15.4 / 20
A gypsy caravan of brooding goulash chocolate. None of it should work; all of it pretty much does, in syncing up well together. Lev Kelman of Brooklyn Dark appears as the master mind-melter behind these pieces.

For instance, when was the last or first time anyone sung the praises of Blommers (the couverture employed herein) -- either loudly or even quietly? Well, it furnishes a sturdy backbone to these bars. Murky, obscure, heavy in vanilla... all true &, still, a solid platform against which Brooklyn Dark assembles some rollicking chocolate to match its motto: