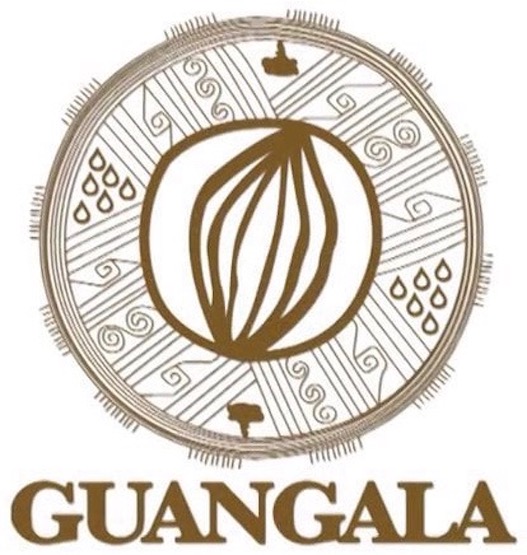 Impact
Rumors abound of a "new & improved" CCN-51, that much-maligned (& deservedly so) varietal of cacáo that year in & year out earns its rep as a vapid clone invading a pending lost paradise in the tropics thanks in part to its onslaught.

Scroll on to discover whether such rumors turn reality or remain, well, just rumors.
Appearance   3.4 / 5

Aroma   8.1 / 10
Liquor
unsweetened
neutral for an unsweetened, with a leguminous-malted substrate

120
65% cacáo-content
stink-brownie sweat bar -> serializes a malted aspect before kickin' deep into dense cocoa... oh, the possibilities...
Mouthfeel   10.9 / 15
Flavor   41.1 / 50
Liquor
dusty but clean dirty cocoa stone & legumes passing thru an early bitter lip -> vegetal matter -> malted breadfruit -> milk pretense at the back -> evacuates along a mild stringent grip
almost too easy for an unsweetened verging on gutless; bland / nothing to it

Whomever or whatever produced this stands way off base with their pants hanging down to their ankles. Horrific even for CCN.

Solid & square profile. Middle average quality. Overall unremarkable yet, in the annals of CCN, outstanding. Hi-CQ (for Chocolate Quotient) though hardly the richest basal cocoa around. Still, for such a beleaguered hybrid, a faint promise.
Quality   13.3 / 20
Nathalie Areco of Guangala writes of its commitment to give Ecuadorians a good chocolate at a fair price -- re: a whopping 250g for just $3.50. Such quantity certainly a bargain compared to the average "fine-chocolate" bar of one-quarter the size for triple the price!

She further explains that Ecuador abandoned chocolate consumption ever since the cacáo grown there was struck with widespread diseases in 1916. Once production improved decades later, farmers mostly exported their harvests. So any locally-made chocolates are of low quality nowadays. So low the sweetened cocoa powder parents give their kids mostly contains defective beans, husks, & about 85% sugar. Many in country simply lack high income to afford a Pacari bar -- strictly a luxury item. Which means Pacari, a native Ecuadorian company, caters to the fetishes of rich foreigners, in this case "The Others".

No matter how laudable the intent or how well the ferment & post harvest methods, CCN remains what it is: mediocre & mundane (on its best days). It requires far more manipulation both in its breeding blueprint & agronomic best-practices if it seriously seeks to overcome its rank reputation. By that point it shall receive awards & citations if only for making the journey from mediocrity / mundanity to FrankenCocoa that impresses weary alpha-tasters. Otherwise, why bother & belabor? Spare yourselves, Ecuador. Just place your efforts elsewhere -- leverage comparative advantage in int'l trade by importing cheap cocoa for domestic needs from a bulk producer like Ivory Coast.

As per these 2 bars & 1 liquor, call it a 'split decision'. Such disparity tastes of different allotments / harvests. #113 utterly abysmal. The others neither not bad nor very good. The appealing tags, such as they are, have little stick to them; thin, watery, & evanescent.

All told, basement hobby material, the kind of home-brew stuff before micro-breweries left the house. Then again, the point is 'decent enough' for a 'fair value'. Based on this metric, Guangala succeeds generously.