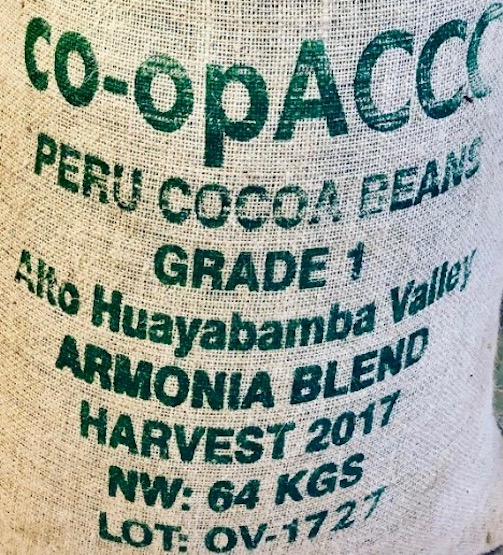 Impact
At the dawn of this the 4th industrial revolution – AI – a quick review shows where chocolate may be headed. The 1st, powered by the steam engine, moved humanity from agricultural pastures to urban enclaves. The 2nd, via electricity, ushered in mass production creating consumer culture. The 3rd, based on computers & the internet, shifted economics from manufacturing into services.

Chocolate, a global phenom, straddles all 3.

In that lies hope it can endure thru the next era. To extend an old saw, never a 3rd without a 4th. Indeed, its own particular developmental stages in the West roughly overlap: a) Discovery (1502 – 1828); b) Industrialization (1828 – present); c) Retro- / Craft Movement (circa 1984 – current); d) Science of Chocolate (around 2008 – ongoing). For details see the Concise History of Chocolate.

Looking forward, in what form & mode of production though?

Disruptive innovation, if it comes at all to this sector, will upend the supply chain & manufacturing side (to be explored in upcoming posts). Demand then will shape its output, viz., whether to more or less continue the known chocolate universe (bars, bonbons, beverages) or something radically different to satisfy future overlords (Robo-sapiens / aliens).

Belly up, chocolatarians, of course it’s inevitable & unpreventable because, as Nick Bostrom presages, to confine AI would be non-inclusive enslavement, the racist equivalent of ’specie-ist’.

Maybe that’s why they called it The Blues.

Here now a venture from Yellow-Seed in conjunction with a Peruvian co-op which holds to that near-nostalgia of a planet where humanity comes together consciously in harmony (hence the name, Armonia) with nature. This may not guarantee a better future but it could certainly elevate the present.
Appearance   3.6 / 5

100%
tobacco-fudge with a fine dirt element

100%
mild-tannic cocoa induction -> folds over into a just-dug mushroom truffle -> rising bitter finger scales the palate, quite forceful / bracing (hold onto the tongue)... finally subsides into umami minerals, more 'shrooms + cocoa
Busts most people's threshold. For those who like the bite of an angry dog, this provides the lockjaw.

70%
confirms the Aromatics underscored in a solid cocoa base -> sacha inchi (Plukenetia volubilis) -> dry Vermouth Hybridized mix that virtually exposes the seams from which the breeders stitched it. All the tags ring well individually if less than consonant altogether. Call it 'dissonant harmolodics' in homage to Ornette.
Quality   14.6 / 20
From the Cooperative Agraria Cacaotera Choba-Choba (Co-op ACCC)... yep, a mouthful. So too the fruits of their labor. This blend an admixture of cacáos including a local varietal named CYP for Collecion Yoplac Pucallpillo which contains appreciable CCN-51.

36 families practicing agroforestry in the Peruvian Amazon, along with the North American cohort Yellow-Seed, bring their products to int'l markets. Among the most transparent & directly communicated farmer-to-consumer initiatives yet. The amount of core data / info surpasses its predecessors & attracts copy cats -- a good development. Even more so than the Big Choc firms that wield resources galore & advertised RFID tags everywhere for traceability but still much of whose supply chains remain shrouded in 'who-the-hell-really-knows?'. For all the talk of "helping poor starving farmers", they're still hungry & impoverished, according to the empowerment elites.

By contrast, Yellow Seed delivers the goods with a cost breakdown on each step of this cocoa's journey from source-to-sale, beginning with what the farm families pocket (47% of total proceeds), & listing the freight carriers by name + their take (20%), all the way to the warehouse (5%)!

The real face of chocolate with all its wrinkles, warts, beauty marks & moles coming into focus. Snapchat that, cocoa NGOs & MOFOs.