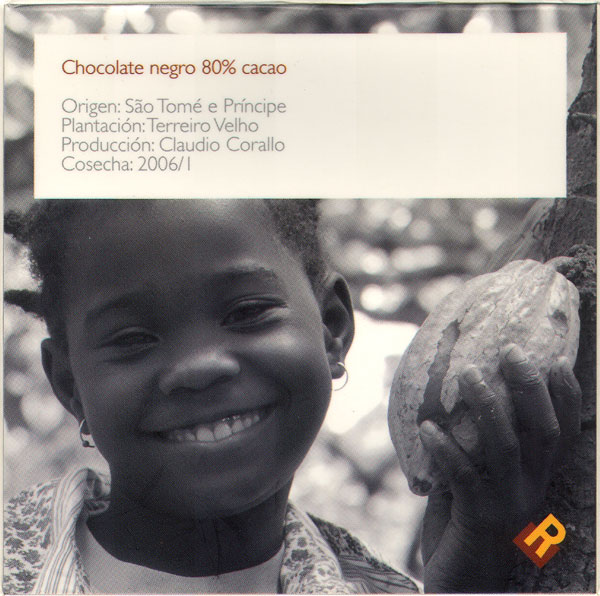 Cacáo for one-hundred, Alex
Q: When is a chocolate no longer a bar?
A: Either after it melts or when it more closely resembles freshly laid gravel.

NOTE: Negro means black in Spanish, Rovira's native language, not to be misconstrued with the term used in the USA. Accept it at face value as completely innocuous. But cultural relativists will excuse only so much. Given the global nature of civil rights & the spread of American English as a lingua franca, the name of this bar juxtaposed with the photo adorning it is anachronistic & should be 're-contextualized' (so they speak in the halls of academia). END OF SERMON... now let's break chocolate together in honor of Pedro Alonso Niño (aka El Negro), an African slave who sailed on one of Columbus' voyages & later captained his own Transatlantic expedition in search of riches, only to find them (mainly pearls) & be accused (wrongly?) upon his return of stealing the King's share.
Appearance   5 / 5