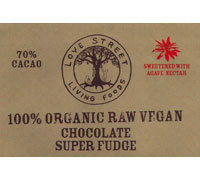 Impact
‘Forest-garden’ has been a buzz byword circulating in the cacáo world for treating the Amazon basin as a sustainable backyard farm. This bar borrows from that sense by another sort of coupling - ‘desert-jungle’ – simultaneously arid & wildly lush.
Appearance   4.8 / 5