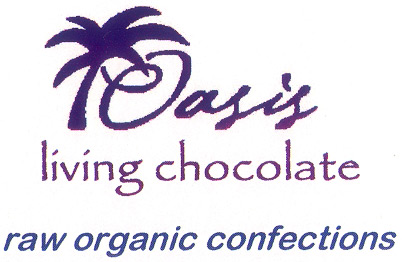 Impact
Boys will be boys & "raw" will be raw. Just as the brothers Liam & Noel Gallagher are constantly at each other’s throats, this Oasis likes to quarrel with itself. Hence, it provides a refuge from good chocolate.
Presentation   3.9 / 5
cleanly molded pieces of semi-flat temper (a positive sign for "raw cacáo")
Aromas   2.5 / 5
sidewalk surfing
Textures/Melt   4.8 / 10
Flavor   31.2 / 50
obstreperous; tests the protean powers of cacáo; dull yet strangely compelling in a self-loathing way
Quality   17.6 / 30
Beastly & crude though not bitterly rude, therefore short of an abomination... just a botheration. ""Raw chocolate" (a misnomer for according to their own definition of what temperatures maintain a food's rawness, almost all cacao undergoes fermentation of 125ºF+) generally starts with a handicap in that agave has difficulty competing with cane sugar. It confers a very different Flavor (sapping), Snap (lack of), & Texture (collapsed). Add in the un-roasted state of "raw chocolate" & it clearly needs to be measured against a separate yardstick. Suitable for happy little troglodytes who want to dwell in their delusional caves that raw is somehow superior to “conventional” (RE: real) chocolate. Progress & technology be damned, not all is lost however... far from it: a couple pieces draw out curious wonder.
Selections
Solid 72% - quik cocoa hit, then very coconut driven... followed on by agave cactus juice until it skids out & crashes on pavement, spilling green herbs & astringent white twigs
Mint - camphorous mint screeches across the tongue reinforced by cocoa dirt & stone... all squeezed into a tube of fluoride toothpaste
Mulberry - weirdly good as golden mulberry (stem & all) neutralizes (for the most part) the base “chocolate” leading to a fruit-sweetened black-bean
Açai - one of the few w/ a true ganache-like center (separate from the shell) & genuine flavor too... because raw cacáo mass has been abandoned for the most part to make way for coconut butter & coconut oil as well as cacáo butter containing trace açai; bravo
Hazelnut - raw choc surrounds a fat filbert stud whereby the act of chewing integrates the two into an unrefined & quite stringent compound laid flat as asphalt w/ no dimension whatsoever
Aztec - hyper-sweet spirulina seaweed the difference here; apt title for the Aztecs disposed their waste-manure into Lake Texcoco around Tenochtitlán whose nitrogen would then produce algae on the water surface which they skimmed off for fertilizer & food (called teocuitlatl) to make a kind of bread. A green recycling program if there ever was one, & this particular piece ironically the most traditional in feel (classic medium-thick snap, relatively soft ganache center creating separation between it & the shell) & flavor in the whole collection, as spirulina actually dredges up genuine cocoa for a deep-blue chocolate taste (which eventually turns to stone); unusually good
Mystic Mayan - core chocolate flavor shrouded in a fog of cayenne & chili peppers to kick up enough heat to bake some Mayan breadnut for a coffee-face
Black Jack - Peruvian black olive meets Mexican agave while cacáo gets victimized as an innocent bystander; way too sweet, no leather & tar whatsoever, as if Incan warrior strength & Aztec stamina (embodied by the long-distance merchants called pochteca) just dissolve into willowly impotence; closes out on a grinding granite