We’re all on drugs – Weezer 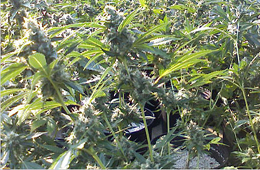 In line with his film Roger & Me detailing the heartless incompetence of Detroit’s carmakers, Michael Moore once made an aside that if the government really wanted to defang organized crime, they should hire bungling GM management to run the syndicate.

Applying his contrarian logic on another front, if it wants to eradicate the drug problem, just let the same crew that drove GM into bankruptcy regulate that too. Going legit would practically be buzz-kill in a convoluted way. Unless, of course, they choose not to pervert drugs in the manner of Phillip Morris tobacco.

Regulators if nothing else should guarantee purity. But today’s cigarettes come laden with chemicals & contaminants all in the service of making cigarettes addictive to promote chain-smoking. Meanwhile the govt cynically levies “sin taxes” on a pack & airs anti-smoking campaigns in a shrewd & time-honored calculation dating back at least to 17th Century Spain that mere price increases would not deter those from their habit lest it sabotages the economic success of its tax. So the Feds essentially become a pusher to a junkie, though usually at a cost to quality.

Hence Gore Vidal’s axiom: the underworld exists because it provides people with ‘the really good stuff’ they actually want.

Since the price of illegal drugs rises in proportion to the risk-premium (a driving determinant along with conventional supply & demand curves which incentivizes its production; that’s the perception anyways in the market), current law enforcement must be only selectively interdicting, for in the last decade, whether bud, crystal meth or black tar heroin, street drugs enjoy far greater distribution & much higher quality… mostly outside normal legal channels. Reality on the ground belies the phony war on drugs.

Another way to “solve the problem”: give it to the Chocolate Warlords euphemistically known as ‘Big Candy’. They’ll take all the potency, variety & money out of it.

After plumbing the inner-workings of the cacáo industry, one unmistakable conclusion can be drawn: in the main, its captains resemble a pack of lower-rank primates inhabiting the murky backwaters of technology (rather primitive), information (desperately secretive), & applications (negatively generic).

Instead of ‘poop-or-get off the pot’, they squat over territory, usually for the sake of bank accounts, often at the expense of others; a community-minded ethic of “me first, foremost, & finally”.

The net result – chocolate for the most part remains confined to the candy bin, denatured by corporate giants, in the province of dirt-poor farmers who tend to it while the major stakeholders & brokers profit off them. All so similar to the tobacco industry.

The 3rd wave of chocolate history in the West, beginning roughly in 1984, still flickers with hope by those who keep the candle lit, trying to illuminate a way up & out. Unfortunately they toil too few in number & in a very dark corner… classic 5-percenters to the mass-market producers that dominate the trade.

These new era chocophiles liken themselves to eonophiles with their overwrought comparisons to wine. Forget the simple stuff of grapes. If chocolate really wants to vault into the 21st century with super-grade, prescription-strength cacáo of a premium that commands serious attention & commensurate pricing, it would do well to enroll in the higher education of smokers rather than drinkers… specifically, ahem, take some classes on the Cannabis sativa culture. Read that again if one must. But let’s be bold instead of craven.

Why? Because marijuana advocates endured & overcame hardships on an order that plague cacáo – & then some – only to succeed wildly & popularly.

Wine on the other hand has had an easy time of it. Historically acceptable to the point of serving as the bloody sacrifice for the Christian messiah; the toast at every meal to wash food down; plus a tradition of outlandishly overpriced bottles, all conspired to elevate it way beyond its intrinsic value.

Cacáo by contrast initially had to live down filthy associations, a once-demonized seed linked to infidels & Indios. Now most often served as an after-thought, a little notion on the side of a dessert, & selling for dirt-cheap prices thanks to a hidden subsidy – the sweat off the brow of endemically impoverished growers.

The pot trade too was once viewed as evil, the object of silly propaganda campaigns (see the movie Reefer Madness) & police raids. It also had its small cadre of innovators & early adopters. In the herb biz, the Green Mafia based on both the East & West Coasts of Canada smuggled bud thru Indian reservations on either border. For many years they flooded the U.S. market with cheap “hi-end” smoke called K-Rock which stunk of bug spray & delivered a skank buzz. For sale practically everywhere, it retailed out at about $350-$400 per oz. Its rep however grew to the point that connoisseurs refused to buy it any more. This generated a chain reaction that eventually changed the structure of cannabusiness. Yes, it’s still a Schedule-1 Controlled Substance (though decriminalized in several places) along with heroin & LSD, one that causes far less harm & much more good than alcohol with its abusive drinkers & drunk-drivers; one which now lights up the interest of hedge-fund investors & venture capitalists.

Besides finding itself paired in pot brownies & cookies inside California medical clinics & A’dam coffee-shops, chocolate’s other kinship with cannabis resides in its “side-effects”. 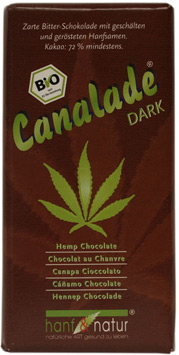 The cocktail of compounds aka chocolate contains stimulants ranging from a dozen or so amphetamine receptors & opioids; an equal number of biogenic amines (e.g., the “Love Chemical” PEA or Phenylethylamine, an adrenal-related chemical also created within the brain’s hypothalamus, usually released when love bouts flood the mind during orgasm, producing that ever-warm afterglow); serotonin; plus stereo combinations that apparently stimulate the dopamine center of the brain (the substantia nigra – ‘black substance’)… & we’ve yet to scratch its antioxidant power & other human health benefits related to blood pressure, cholesterol & cardio. Chocolate also boosts anandamide cannabinoid receptors – so-called “Bliss Chemicals” – neurotransmitters naturally occurring in the brain & released while feeling great. It carries enzyme inhibitors that decrease the body’s ability to breakdown anandamide so natural anandamide &/or cacáo anandamide stick around longer, prolonging the feel-good sensation, aided by a cannabinoid-like fatty acid – the N-acylethanolamine.

And it delivers none of the anxiety & insomniac jitters of caffeinated coffee, nor the glycemic spikes attending sugar — the twin twitches that agitate a global economy. Ditto cancer-causing tobacco; alcoholic abuse, or addiction from concentrated synthetics such as heroin, cocaine & their variants.

In reality, chocolate in its purer forms is the best street-legal high afforded to the average consumer in the West. (Pssst, if the DEA finds out, they’ll re-schedule it.) It once served as a precursor to entheogenic wisdom induced thru psilocybin enlightenment. But for corporate marketing strategies we feast on its feeble substitute instead: candy.

During an Irish radio interview discussing Easter bunny chocolate that pitted the C-spot’s™ humble correspondent opposite a well-spoken rep from the most recognizable candy giant in the world, the topic arose that chocolate partied at the center – along with medicinal tobacco & psylocibins – of all-night ravers in Mesoamerica before Europeans eviscerated it with sugar & alkalis for schmaltz romance & the kiddy stuff. The radio person interjected “it sounds like you object to that”.

No value-judgment; just a matter-of-fact statement.

Ahh, be careful there, that could give one quite a jolt – added the candy man.

Ahhhh… but better & healthier for it than the elevator-swings of empty-calorie sugar poisoning, no? Except that might cut into the P&L statement at the next shareholder meeting of Big Candy?

One feature that cannabis & wine share in common which distinguish both from chocolate is a short market chain.

Vineyards often situate close to wineries & usually in proximity to retail outlets. Sometimes one person even fulfills all 3 functions.

Due to their outlaw status, cannabis growers also became multi-taskers. For reasons of botany, geography & technology, the geneticist, producer, processor, seller & smoker are often one & the same. Like a tiny village in France has it own vineyard, a coastal hamlet in Northern California might support small-scale production of a local herb strain(s) as these growers tend to be very astute with genetics. They seclude the heavier / sleepier Indica (the cacáo equivalent of “Forastero”) from the more artful / thoughtful stone of Sativa (think Criollo) as well as cross for hybrids (ala “Trinitario”), factoring in taste & therapeutic values, selecting for yield & visual appeal, then branded with creative tags (Bubba Kush; Purp; Cali Gold; White Widow; Christmas Tree; Hawaiian Skunk; Herojuana; God’s Pussy). The market in the USA rewards growers & workers quite well. A skilled trimmer for example in the SF Bay Area can make $40 / hour & more. Can Mars, ADM, Cargill or Nestlé’s match that hourly wage for their workforce?

Contrast these with cacáo & its shoddy custodial care & low wages where each step in the long production chain stretching thousands of miles over an extended time frame usually involves completely separate individuals. This leaves chocolate open to all sorts of myth-information disseminated as ‘trade lore’ by a raft of middlemen, brokers, & dealers removed from the source… all bent on closing the sale with little interest in accuracy or integrity knowing full well the obstacles blocking anyone who bothers to fact-check. It’s the old deal-gone-wrong canard: ‘there’s this guy who knows a guy who knew this guy who knows 2 guys who knew our guy – trust us, it’s a piece of chocolate’.

The circle, however, may be closing.

A growing trend in chocolate sees bar-smiths from the consuming North, that manufacture their finished goods in Europe or the USA, acquiring property in the producing South. Examples such as Pralus from France establishing a cacáo estate on Nosy Bé Madagascar, or Italy’s Danielo Vestri raising his own cacáo trees in Bonao Dominican Republic. These represent the new grafts onto the original rootstocks like Claudio Corallo on Príncipe Island or Mott Green of Grenada Chocolate, both exclusive Bud-to-Bud™ pioneers (cacáo bud to taste bud) who perform the 4-Ps (plant, produce, process & package) all in situ or on location at the very spot where their cacáo grows.

In other words, the first prototypes of hydroponic chocolate. Anyone who ever visited a coffee shop in Amsterdam knows what that technique did for cannabis. This could return chocolate to its roots of about 1,500 years ago when it was a household craft & family members simply had to reach out, pick a pod off the tree, & start grinding fresh cacáo.

Most of the highest-grade pot grows indoors & will thrive anywhere with proper light, ventilation & temperature. It’s the strongest available, hands down… by far. That’s a fact. But purists need not worry. In time, whenever cannabis becomes fully legal, there could be certain geographic zones up in the mountains or, say, Humboldt County, that may be able to produce better outdoor strains.

Should they fall short in failing to reach quite that high, there’s still nothing like a nice outdoor organic.

Above all, such advancements taken together & applied to the chocolate world would help engender respect for nature’s botanical. And dignity for the people who bring it to fruition.

So go ahead… pass the bong, please, bubbling with hot cocoa, seasoned by a li’l herbal knowledge for the ultimate chocolate hash. 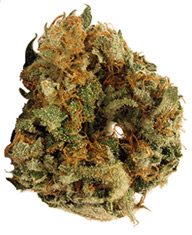