Boutique chocolate now peddles in largely vague notions. Single origins that can be as big as the State of Texas & larger. Meaningless mob terms like ‘Trinitario’ & ‘Arriba’. Oft-fallacious catch phrases such as ‘organic’, ‘fair-trade’, ‘sustainable’, ‘raw’ (even better all linked together!). And the clincher – ‘pure’ chocolate… as if beet or cane sugar or agave were somehow tapped from Theobroma cacáo trees (meanwhile, vanilla, lecithin & salt are deemed adulterous impurities).

With few rare exceptions, much of the “cocoa belt” – that zone 20 degrees North & South of the equator where Theobroma cacáo will only grow – contains the same relative mix of cacáo types. A lot of hybrid mutts often indistinguishable from one another. Chocolate makers as well as brokers would have consumers think otherwise for obvious marketing reasons: misperceptions benefit them. An unsuspecting public accepts at face-value varietal claims undermined by genetic intel, & the enshrinement of ‘single origins’ when the reality on the ground frequently tosses beans together from widely different sources (e.g., Colombia in the mix with Trinidad to cite but one popular maneuver, or Sumatra dumped as Java for another). This fits in with the industry’s legacy of stealth, subterfuge, & secrecy. It’s the old deal-gone-wrong canard: ‘there’s this guy who knows a guy who knew this guy who knows 2 guys who knew our guy – trust us, it’s a piece of chocolate’. Joël Glenn Brenner chronicled an infamous taste of it in The Emperors of Chocolate: Inside the Secret World of Hershey & Mars.

Today most bar-smiths put on a happy front of cooperation & community while remaining, to cite just one example, impishly covetous – cocking a leering grin – over the precise location of, for instance, sourcing lest competitors find out. A silly insecurity; as Phil Glass said, Western composers have all used the same 12 notes, which never stopped the greats from writing uniquely original scores. Unlike hi-tech, where maintaining a certain level of knowledge management with respect to sharing proprietary information or trade secrets can be profound, chocolate has changed little in the last couple centuries, & the changes that have occurred essentially incorporate the methods of millennia deep in its modern machinery. Taken to its reductio ad absurdum, contemporary chocolate simply mechanized metates.

Why play this low-level cat ‘n mouse game? With just another call or two, the answer can be obtained from a well-placed ‘informant’.

So the emperor may have clothes but really nothing up his sleeve, or concealed underneath his robe, for only pseudo-secrets exist, the kind the palace guard would lead one on to believe… li’l modern Wonkas replaying Charlie & the Chocolate Factory where “no one ever went in & no one ever went out.” 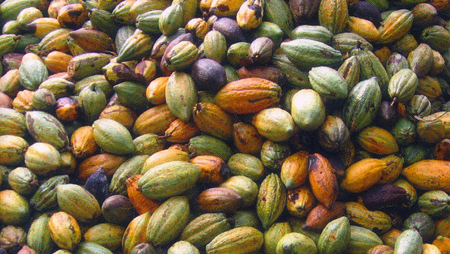 Spot the Rare Vintage Pod: the Object of the Now-Old Chocolate Game

Many growers likewise say they want to do the right thing. Except when it comes up to putting up, they often shy away. For example, conducting DNA tests on their trees. This important work has benefits for the entire chocolate chain, from solving both the origins & relationships puzzle of the species, to identifying possible heirloom varieties, & sequencing the genome. Ramifications also extend to conservation research, particularly vital with the storehouse of cacáo’s germplasm – the Amazon Rainforest – under siege & threatened with deforestation. A DNA trust fund potentially ensures a richer cacáo future. Yet few if any step forward despite the C-spot™ in conjunction with internationally recognized geneticists offering such tests for free!

Some cite that it’s too laborious to pick a few leaves, dry them, & slip into a zip-lock for shipment. Really? (And this from guys who pick & slice open pods all day long with a machete! And handle shipment containers!) Others are legitimately afraid to hand over bits of treasure that may end up in the hands of ‘The Evil Empire’ (Mars, Nestle’s, Cargill, ADM, Callebaut, et. al.) that would then manipulate the material for its own purposes for genetic misuse hovers in the background.

One notable case reached a settlement in the 7-year legal battle between the Havasupai, who live deep within a gorge off the Grand Canyon, & Arizona State University (ASU) over 200 blood samples freely given to scientists solely for diabetes research. The university then used them to also study schizophrenia, inbreeding & ancient population migration – defensible research areas except it did so without consent of the Havasupai. Issues raised involve misrepresentation, invasion of privacy, betrayal of trust, & genetic piracy. The settlement returned the remaining blood samples plus $700,000 & a report concluding that their high incidence of diabetes was unrelated to genetics.

This highlights the sensitivities which basic respect & open communication could surmount, summed up in the feelings of the lead plaintiff, Havasupai Council Member Carletta Tilousi, upon receiving back the blood of her kin: “Their spirits will no longer be locked in a cooler”.

Mars, which funded a mapping of the cacáo genome, stated as one of the project’s goal that all research would be freely accessible, open to everyone for use everywhere without IP restrictions. Posting the data on www.cacaogenomedb.org is a goodwill gesture & a start. It needs to be louder & clearer, & pledge no Mansanto-style technology patents that turn around & sell back specific genes from their findings to the very growers who provided material in the first place. Hershey’s competing genome project, mapped in conjunction with Penn State University, should follow suit.

Another reluctance stems from the fear of what DNA fingerprinting will reveal. A definitive result might prevent growers & grinders from making spurious marketing claims. A well found if ultimately misguided belief that it’s more profitable to bank on mystery, hearsay, murky legends, myth-information & the like rather than factual data.

Eventually truth wills out & those who do the analysis & have the positive markers will hold a competitive advantage – if it so merits. Most of the others who don’t will either explain ‘this-‘n-that’ or just let their beans / work speak for themselves (good, after all, is good).

Is DNA infallible? No, but it’s currently the best tool in the chest for identifying genetic constitution. In the end, it should be of less concern whether a bean is Criollo or so-called ‘Forastero’. What matters most is to clear away much of the obscurity & confusion, leading (hopefully) to a field of greater definition, transparency & integrity… hallmarks that will benefit all but the most unscrupulous.

Also worth consideration: what can be gleaned in the process & what that means in creating a greater tipping point for quality chocolate everywhere.

As is, the majority of cacáo landowners & major processors around the world thrive under current conditions. Cocoa presently fetches a handsome sum on the commodities market. In such an environment, the specialty cacáo market hardly counts. Supply absolutely dwarfs demand. Any premium paid to growers is merely incidental & incremental compared to the massive commodity market that absorbs the bulk of it for cheaper candy fodder. 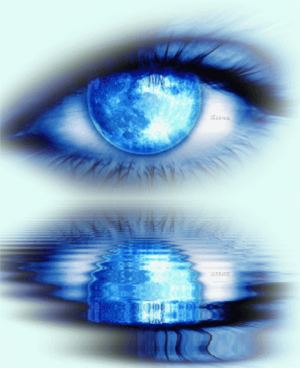 Because the world is watching & the larger picture shows that in exchange for cheap candy we receive mediocre produce, a narrowing genetic base, soil erosion, deforestation, & low wages throughout the system. A short-sighted purview computed by Oscar Wilde’s pith that some know “the price of everything, the value of nothing” – borrowed for the title of Food First author Raj Patel’s book.

Consumers can play a role in changing this outcome, becoming stakeholders in a dynamic the C-spot dubs ‘Bar-to-Bean’™.

Shifting the course & fate of cacáo requires a lot of moving parts to synchronize in alignment. Smart shopping by itself won’t save the world. It is but one important end-link that impacts the entire production chain. A final transaction in the nexus of the global economy.

Lasting change usually happens with a struggle from the bottom up. For chocolate, that might embody the proverbial kid in a candy store to jumpstart it.