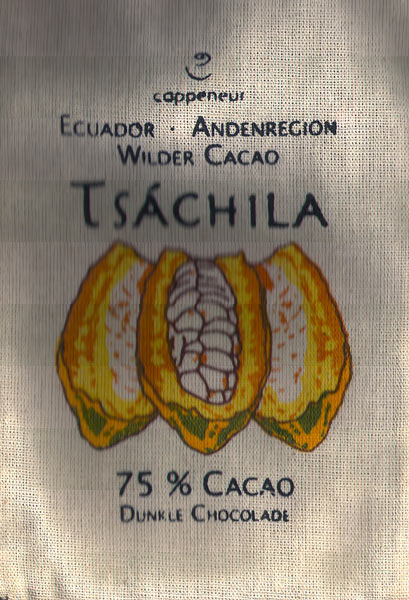 Impact
Tame - unlike the people after whom it’s named - the 2,700 strong Tsáchila, f/k/a the ‘Colorado’ (re: red, because they dye their shiny hair using red seeds of the achiote plant), practicing occult magic in the Andes highlands territory outside Quito. Among their divination instruments, a reputedly ‘wild’ jungle cacáo (cacáo silvestre) culitivated according to, supposedly, ancient methods that Coppeneur’s scorched earth policy toward bean roasting makes difficult to ascertain any provenance.
Appearance   4.8 / 5