Impact
Las Acacias Estate cultivates what insiders proclaim to be as close as Guatemala currently gets to “pure” Criollo (i.e., moderately hybridized). It sits right in the crossroads of the great ancient cacáo groves springing around Suchitepéquez whose tendrils stretched all the way north to Xoconochco (Soconusco) Mexico & Sonsonate El Salvador down south.

Among the towns people there, oratorios are altars for sacred ceremonies at which cacáo typically has a seat.

Based upon these remains in this bar, the ancestors clearly took the keys to the kingdom of the best Criollo with them on their journey thru the underworld - thereby vacating cacáo’s holy chair (the equivalent of ‘Elvis has left the building’) - safeguarding the treasure until descendants can re-create the lost ways.

That day may soon be approaching, however, for this is a better chocolate than it actually tastes... one that grows on the tongue from an archaic memory.

A pseudo-refresco de pocha (pocha for ‘pod’) in bar form... that historically prohibited guaro clandestino or Guatemala’s version of moonshine / stump juice – an outlaw alcohol made from fermented cacáo. 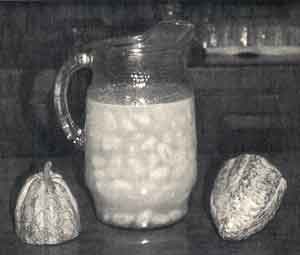 Aroma   8.7 / 10
densely volcanic, enough to force even Mayan Tik’al ruler Yax Nuun Ayiin I to walk it back some (aka ‘Curl Snout’; No. 15 in the dynastic succession who reigned from 379-404[?] & son of Teotihuacán Lord Spearthrower Owl at the height of that kingdom’s influence), trapping in his wake the balsamic (wood & grape) -> olives (mostly green) & copal -> hickory-smoked sausage (where's the acacia-smoked sausage?)... all layered thick & heavy on warm leather + tar (w/o the nicotine) -> xate-palm leaf-cover
Mouthfeel   10.8 / 15
Flavor   42.1 / 50
sweet sheets of dark cocoa turn into a tannic-panic attack -> fruits (plums [incl ‘hog plum’ jocote], ground cherry, & the sweet purple berry jaltomato) overtake then bury underlying allspice in a gulley w/o completely leaving behind baseline chocolate -> trips up on some dirt parcels -> vanilla smooves (smooth-move) to the rescue (partially) -> fleeing caramel -> juicy chocouture (for winos... the profile dilute in an ocean of fine watermelon though still feral) joined by rising minerality (generally classified as a red ‘Cab’) -> stringent outtake re-makes allspice for a cobanero-like finish
Quality   15.4 / 20
Big & bold as well as outsized & uncontained.

Then, good earth (re: terra) embedded in these beans treated to a full 5-6 day ferment but genetics align haphazardly & the flavor, while far from random, releases in waves that merge without ever fully integrating. Instead, they lock on to each other & hold in rather discrete pockets until the very end at that juicy melt-thru.

Danta’s penchant for low & slow roast (just enough to blow the husk off but insufficient to optimize tannic structure) paradoxically backfires. Sticking to his guns warrants using slightly higher heat & friction in the conche to complete this chocolate, which would subdue some of the hi-fruit action, bring up the bottom some, & meld the components to make the overall package more nimble / less austere.

As is, the Universal machine employed here does almost everything - hard initial grind (4 hours), locks down the tension on blades, then releases it nearly limp against the drum - except 'finish' the chocolate.