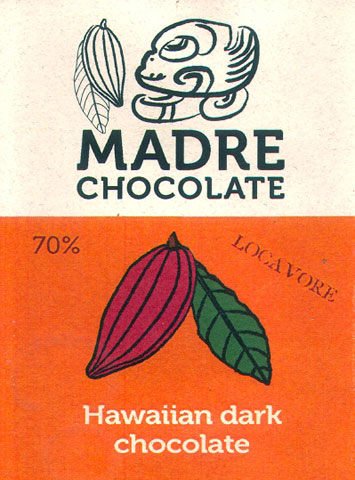 Impact
Most Hawaiians (& even people on the mainland) hear about the famed Pele (goddess of fire) & her sister Hi’iaka (goddess of water) while the lesser known but more powerful gods Kane (god of light & life) & Lono (harvest & rebirth) have drifted off in their foggy collective memories to Hawaiki... that mythical land from where they came that doubles as an underworld for the dead.

When he first made land at Kealakekua Bay, some of their ancestors believed Capt. Cook was Lono because the mast & sails on British ships resembled the emblem that symbolized the god in their religious rituals (shades of the Cortés myth at the Aztec/Mexìcâ court in Tenochtitlàn). Cook propitiously arrived during the Makahiki season dedicated to Lono (which coincides on the calander with Halloween / Thanksgiving / Christmas / New Year’s & Valentine’s Day in the West... October thru February... where holidays last like that). Of course, the captain lived down to his namesake & would be metaphorically cooked on the beach; left to die while his sailors escaped offshore.

In that same spirit, this bar is a bit shipwrecked, then gets off the shoals & beats a hasty retreat... only to return with winning reinforcements.
Appearance   4.3 / 5

Aroma   7.1 / 10
potted soil sprouting a Springtime twig of sandalwood gets blown off by heavy clouds of vanilla, then buried under that Snickered-peanut sludge seen in Madre’s Upala CR to reappear here -> floral spot on the waxy rubdown (pikake)
Mouthfeel   12.1 / 15
Flavor   45.4 / 50
a Snicker’s™ fruit-loop (dragonfruit & hibiscus) rings around the mouth until tongue-tied -> unexpected mint -> runs aground a bit on some coral reef & stalls -> cocoa butter ‘n breadfruit with sandalwood crust (mighty fine) -> orchid blossoms signal the return of the peanut thanks to vanilla... this time around with a cocoa-caramel
Quality   17.2 / 20
Harvested from Tom Sharkey’s grove of a few hundred cacáo trees on the big island who, in the judgment of Madre’s Nat Bletter, grows some of the best in Hawai’i. Sharkey probably inherited a few of Jim Walsh's early plantings – whether by design or by accidental cross-pollination -- since they’re on the same side of the island. Walsh attempted to kick-start the modern cacáo movement here in the 1980s with Hawaiian Vintage Chocolate Company before abandoning his dreams due to crop failures.

This bar almost suffers a similar fate. Generally short in length, stalls early at the mid-palate without entirely conking out... a slow dissipation to a fade away until that peanut stomps back in with a vengeance.

What a happy clash though in the meantime; heavy-laden vanilla just rubbing it in for the most part to Hawaiian cacáo’s intrinsic factors, tickling them to the point where they can barely breathe. Vanilla should be a bridge instead of a ramrod.

But these cocoa beans are up to the delirious torture & can handle it, hitting back with the island’s own punch bowl of fruited flavors. Fermented in plastic (rather than wood) without a yeast starter, they lift this bar to buoyancy that tastes sweeter than 70%. (Still Madre would do well to back off the vanilla spicing which it employs to somewhat compensate for a low roasting curve -- it should be kapu, or forbidden in the Hawaiian dialect, quite extraneous given its natural endowments -- though to its credit, at least it’s whole rather than extract).

Take Gary Guittard's advice (though not his usual practice): just enough to wave the bottle over it (or, in Madre’s case, the whole bean like a wand over it).

A respectable effort overall whose balance tilts somewhat on the laurel's of this bean's DNA. And just one more demo why once Hawaiian cacáo gets organized, it’ll be taking the chocolate world by storm.