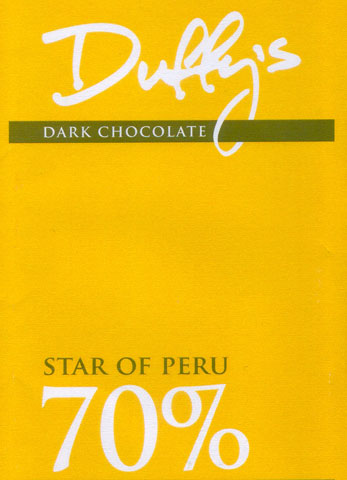 Impact
Prof. Stanislaw Karpinski from Warsaw University Life Sciences observes that plants ‘remember’ & ‘react’ to information in the form of electro-chemical signals contained in light. In one experiment, light shone on a single leaf caused the whole plant to respond, & changes continued on well into the dark. Moreover, plants react differently depending on the light color. Since every day has special light characteristics & qualities due the shifting seasons, a rainbow of intelligence gets cast.

Consider sugar the light on, this, a cocoa seed that coruscates into a Night Rainbow.
Appearance   4.4 / 5

Aroma   8.6 / 10
a pie carousal: custard ‘n fruit layer (biriba cream filling studded with moreno cherry) -> naranjilla (a combo of lime + rhubarb) -> summing up citric raspberry-marshmallow -> tempers down some in a nicely countered balsam (of course) of Peru -> charcoal bottom
Mouthfeel   11.3 / 15
Flavor   44.9 / 50
wooded-cocoa, desiccated & char-grilled (possibly mistaken for ‘mulled spices’) -> a processional of blacks (black mission fig -> sweet black berries [almost black-raisin sweet] -> black currant) broken by mango -> cocoa butter exerts its influence as custard, softening fruits to cherry -> goes ever lighter toward strawberry -> then empties on revivalist heights of ripe naranjilla (expressing lime) -> charcoal-roasted breadfruit (or the ‘cinnamon toast’ of Brits)
Quality   17.7 / 20
Pretty evenly balanced despite an embarrassment of fruit, enough to think flavors were added (though the label indicates none). An exaggerated sense of them to almost rival Amano's Dos Rios. This however spreads the bounty across a Snapple™-like cocktail, where that other bar extracts a virtual artificial flavoring.

Here's a chocolate, wooden with lumps of coal -- tannic to be sure -- but also acidic too (& well-buttered)... for a defined fruit punch in a rainbow of colors. The kind of chocolate Tcho hoped for but left unrealized in its “Fruity” release.

Uniquely sweet for a Peru of this strength (strength in this case referring less to 70% cacáo-content & more to just the potency of the flavor tags). So it’s strong (plenty of semi-wild signatures for which this origin can be known; for instance, little CQ or recognizable Chocolate Quotient) without breaking the palate.

The only issue for some would be: are the high & low ends compatible?

During the front half, the answer tips toward ‘no’. Once the butter melts thru, however, it acts as fabric softener to those tannins, transmutes them while brightening the highs to forge this bar into a fine alloy.

Yes, 30% sugar catalyzes a lot of those fruited compounds. And yet the manner in which this bar’s firm structure holds to underpin those upper volatile attests to a) thorough ferment of some juicy-sweet pulp; b) hearty roast; & c) modest conche.