In its fresh unfermented state, pulp can have an appetizing taste all its own, & if of a certain enough scent it acts as a sensory pre-cursor to identifying fine-flavor cacáo in the field. 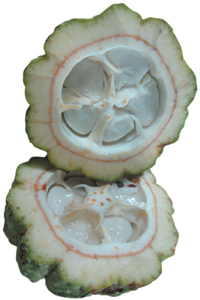 Before cacáo was the food of the gods, it was first their drink. Originally cultivated by indigenous peoples not for its seeds that today are used to make chocolate but possibly for the sticky pulp surrounding those seeds in order to ferment (speculatively) a liquor or beer called chicha. Served during high-social occasions featuring a performance aspect, the drinking vessels & pots in those ceremonies were smashed, Hendrix-style, to heighten the drama of the event, this according to a theory of Prof. John Henderson at Cornell University. Curious why they would bother given that they could drink alcohol distilled from balché bark, or coyol drawn from a kind of palm wine – both stronger & easier to prepare than cacáo.

Nowadays pulp is key to fermenting cacáo seeds (aka ‘beans’)… the first step in a long sequence to making chocolate as we know it. Beans can be processed without undergoing fermentation, rendering a chocolate usually of flatter baseline cocoa flavor missing notes & accents often found in its fuller spectrum – particularly the high fruits & flowers – since the pulp in essence transfers those by penetrating into the beans, activating integral forces that interlink to develop

the full flavor complex of great chocolate. In a nib, its natural sugars placed under anaerobic conditions turn into alcohol, then eventually acetic acid.

Coming full circle back to the gods: a little of the birds & the bees is at play too, since sweet pulp attracts pests & predators (namely, midges, monkeys & man)  to burrow thru the pod skin, sucking on the pulp, then spitting out the bitter seeds, thus propagating the species. 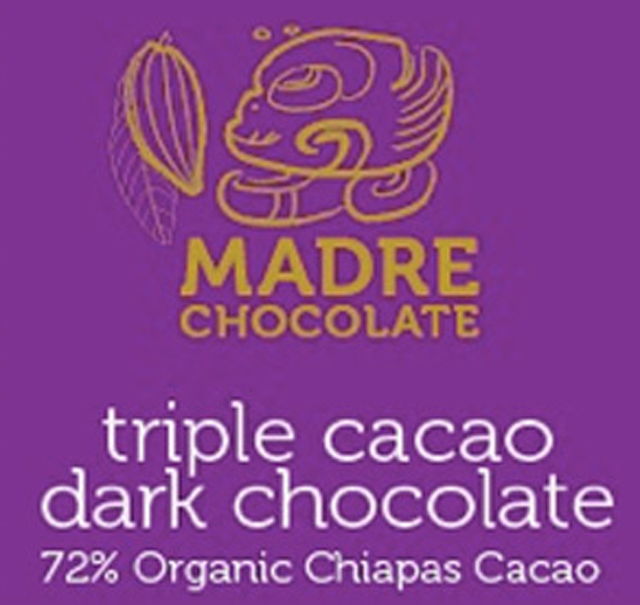