Most often a victim of ridicule & discrimination, some consider ‘White Chocolate’ a contradiction in terms, unworthy of the name; that it’s not even chocolate at all since it contains no cocoa mass (if it did, it’d be brown).

For others, the holy grail of the chocolate craft lies in White. That’s right, White.

It’s largely made up of the butter coming from the same cacáo seed that makes the darkest chocolate. They’re dimorphic twins.

Cacáo butter can similarly vary in texture & quality depending on geography, variety & weather just like a single-origin / single-strain Dark Chocolate. The more prized beans grown in the northern stretches of South America tend to have softer butter compared to bulk grade cacáo from Africa. A strong QTL (Quantitative Trait Locus) or genetic cluster with a particular characteristic for cocoa butter hardness has been identified in lipids with a higher melting point (specifically LG7 & LG9). Climate temperature also affects chemical & physical characteristics of cocoa butter, both in terms of the percentage of fatty acids & their melting point. For instance, some Central American harvests in 2011 reported a few cacáo seed lots bearing 60%+ butter content. The average daily temperature during the last few months of pod development apparently affect the characteristics of cocoa butter as much as any other factor. Lower temperatures give softer butters with a lower melting point.

Most beans however have approximately 53% butter-fat. Nonetheless, whatever the exact percentage, fat represents over half of the dry weight & is the most important nutrient of the seed, vital for its food storage.

Mesoamericans had been extracting cacáo fat at least as early as the 1500s (in 1527 Oviedo witnessed the Nicarao of the Nicoya Penisula [modern Nicaragua] extracting cocoa butter; Bishop Landa mentioned in 1566 a grease or butter drawn from cacáo seeds in the Yucatán [Mexico]). It was chemist Coenraad Johannes van Houten of the Netherlands, however, who patented the process in 1828, using a screw press to extract & separate dark-colored defatted cocoa mass (a/k/a ‘cocoa rock’) from the light or ivory-colored cacáo butter, which sensuously stakes out a melting point just below the temperature of the human body (that is, if tempered into an ideal Beta V crystalline form). This single most revolutionary advance in Western chocolate-making set in motion a chain reaction. It radically broke with the past – prior to that, cocoa was a beverage only – and modernized the whole phenomena leading to the chocolate bar.

The Broma Process happened upon by Domingo Ghirardelli in 1865 by hanging a bag of chocolate in a warm room that caused cacáo butter to drip out, theoretically extracts more of it than the screw press but at such an extremely slow rate that it’s rarely if ever used on any industrial scale.

Cacáo butter is the goddess of vegetable fats & a primary ingredient in White Chocolate, along with milk, sugar, & typically vanilla – an invention for which no one seems willing to take credit (rumors circulate that the Mars candy bar company devised it right after WWI), giving cause to the Dark-Chocolate hardcore saying it tastes of ‘maternal flavors’ (milk, butter, honey) or, worse, infant formula & baby powder.

Enraptured “Whiteys”, however, embrace it. When well done, it’s replete with the mouth… & Whiteys – the wiggas of chocolate – are all in it for the mouth… that over-the-top orgasmic bodymelt; proclaiming that maybe it is a feminine thing, that most women have a love affair with cocoa butter that baffles almost all men. As one maker in praise of cacáo butter says: I love everything about it … I love its texture … its melting properties … its crystalline structure & its temper-ability … I love pressing it … & I love the powder it leaves behind.

Quality White Chocolate rings with faint Dark Chocolate overtones, those tannic & deep notes of its conjoined sibling (albeit less profound & pronounced, but there nonetheless), as well as light fruit (lemon, peach) & sometimes toffee/caramel (particularly in its undiluted natural state). Since the C-spot™ is 100% all-things-chocolate / all-the-time, & anyone worth their salt, ur… chocolate, acknowledges that the clearest window onto a chocolate maker is often thru the quality of its White Chocolate (no cocoa powder or liquor to mask any chocolate bar’s carrier & fixative – the butter) & its unsweetened 100% Dark Chocolate (no sugar to catalyze cacáo’s myriad of compounds) – if it will man-up to make either – because in certain respects they represent the parentage of the entire line.

In the case of a Great White, it takes time & dedication, plus lots of money to press cocoa butter. Over-roast, & it’s burnt & caustic; poor ferment – it sours & loses mouthfeel to astringency; insufficient drying – moldy or chalky. Few actually bother so most just purchase industrial-grade, dirt-cheap deodorized butter from one of the candy giants that cloy with sugar & milk – a kiss-off to bring in another revenue stream from non-chocolate lovers.

These 3 barsmiths press their own, harbingers that the new era of White Chocolate is upon us. 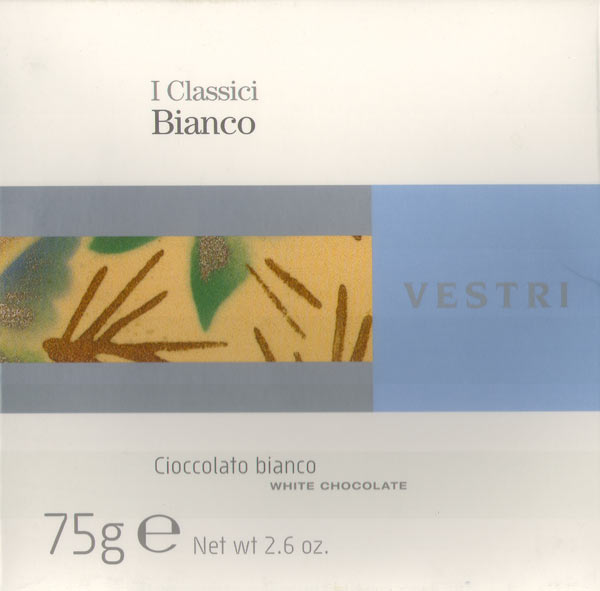