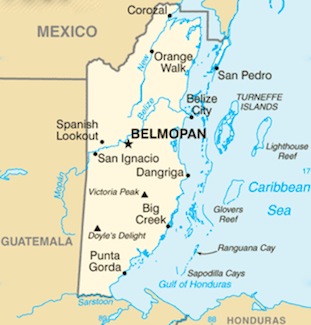 Cortés visited & wrote in his 5th letter to the Spanish King of cacáo farms in present-day southern Belize on his march to Guatemala, which historically formed a Mayan extension into its Caribbean valleys, & a continuation of types from Lake Izabal traveling farther north to Tabasco (Mexico). In some ways, this was the Soconusco of the region – a prime cacáo export center. Just as the Mexìcâ (Aztecs) went well outside their homeland to secure Soconusco’s venerated cacáo, the regional power in this area – the Itzapan stone-sculpturing civilization in central Peten where cacáo grew poorly if at all – exacted cacáo tributes to satisfy their demand for it. And as elsewhere in Mayan territory, it held a significant place in the social, economic, & symbolic life of these communities as detailed in the section on Mexico.

Remnants of heirloom trees probably still exist today. Particularly around the Rio Toledo Valley. Reports about pink-colored pods lead to wishful speculation that these may be a kind of aborignal Criollo. Starting with Fray Bartolomé de Fuensalida spotting red pods in 1618 when he passed thru the area, largely as an unwelcome visitor since by then Amerindians caught on & suspected Euro-Christian intentions, that tasted fine without any additives, to lab specimens dating to the 1800s, in conjunction with J.H. Hart noting indigenous pink fruit in 1910, plus Gillet surveying the area for Cadbury’s in 1949… all together establish a population in the view of Dr. Basil Bartley that belongs to Criollo in the broad sense of the term.

Such accounts were recorded before the introduction of hybrid seeds at Hummingbird plantation by Hershey’s in 1977 that coincide with intensified production & the genesis of the Toledo Cacao Growers Association (TCGA) – a cooperative of farmers throughout the valley who pooled money, labor, & expertise to purchase those hybrids. A scorecard with a checklist was handed-out to farmers, encouraging them to abandon existing trees for “new & improved” hybrids:

This marks a watershed for the area as a once sacredly-charged plant became increasingly treated like any other cash crop commodity setting off social tensions chronicled by Prof. Michael K. Steinberg in the article The Globalization of a Ceremonial Tree: The Case of Cacao among the Mopan Maya. In it he details the saga of how the Mopan & Q’eqchi’ Maya lands moved from traditional communal ownership to privatization, pitting groups within the community against one another – some wanting to preserve the traditional ways versus those seeking to create capital – a similar dynamic to casino gambling having wrought divisions & inequalities on reservations in the USA.

The conflict only grew worse in 1993 when the market fell out & Hershey’s pulled out, unable to guarantee its price support. To fill the gap, TCGA struck a deal with Green & Black’s to sell the entire harvest for triple the going rate. This dilemma to balance preservation with wealth creation continues today.

All this drama might just be narration by reflexive Western academics to endow the landscape & culture with more than is actually there. For example, the cacáo festival held annually in May – a quasi-Easter awakening seemingly aligned to spring rites & fertility – was hatched by ex-pat Brits & Yanks to extend the tourist season. The view on the ground during the daily grind sees a tiny indigenous population on a vast land who appear ahistorical to any legacy & symbolism (even clueless according to some). Medicine is a case in point, engendering treatment options among locals on whether to visit the vanishing shaman / bush doctor or the increasingly prevalent Western MD &, when the latter, the patient demands an injection of whatever – a prescription, a placebo, a poison – which in their belief alone validates their choice, a emblem or badge similar to being shot in the hip-hop world.

Prof. Janine Gasco of Cal State has studied Mesoamerican cultural history & visited the region for over two decades. She draws on the Mayan cosmology of a dualistic universe, claiming a dialectic of native sorts can operate, in which cacáo can be viewed from within as both a ceremonial tree & a global commodity, recalling F. Scott Fitzgerald’s maxim that the true sign of first-rate minds is the ability to hold two concepts simultaneously.

Let’s hope the locals can tap back into their roots. 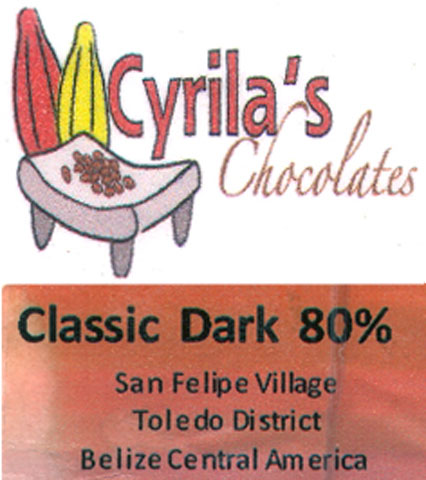