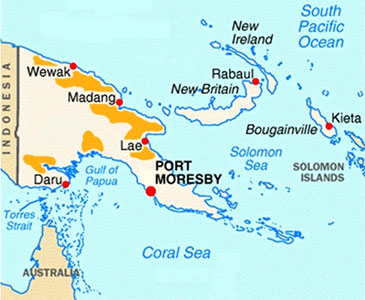 CHARACTERISTICS: What began in the early 20th century, planting high quality Criollo from Venezula via Java then Samoa, still lingers thru hybrids mixed in from Sri Lanka – among them a West African Amelonado – & 2 modified versions of the SG2 poly-cross hybrid containing 15 different crosses within it, the most widely grown in PNG (Papua New Guinea) because of vigor.  SG2 is based on Upper Amazonians (the KEE series) & “Trinitario” clones (KA types). Two more poly-clonal varieties — HC1-B & HC1-S – are also prevalent. The offshoots of all these seedlings have been sprinkled in the millions around the countryside by foreign aid agencies & NGOs during the 1990s

This former German-then-Australian colony borders Indonesia geographically & shares a few common tastes but that’s about all. Papua means ‘frizzy’ in Malay. Seashells may no longer be the currency (‘devalued’ in 1933, replaced by the ‘dina’), nonetheless PNG remains wild. Its landscape features rugged, unforgiving terrain. The most effective way to travel is via aircraft, hence, over 600 airstrips in a small country. 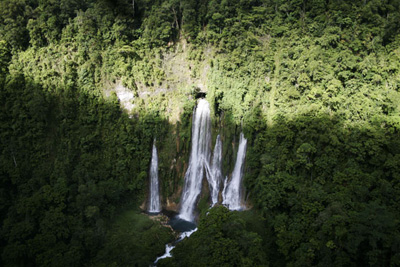 The rain forest here sits atop the Pacific Ring of Fire, causing earthquakes & volcanoes, pushing up mountains farther inland that reach snowfalls for rare equatorial glaciers. And in just a one-month expedition during 2009, a team of scientists found more than 50 previously unidentified species inside the mile-deep crater of Mt. Bosavi – located pretty much in the middle of the country. The extinct volcano’s precipitous, near-vertical walls are covered in foliage & surrounded by pristine jungle habitat teeming with birds of paradise, fruit doves, pygmy parrots, kangaroos, & monitor lizards that evolved in isolation since it last erupted 200,000 years ago. A remarkably rich haul, biologists discovered 16 frogs (including a fanged one never-before recorded), 3 new fish, a camouflaged gecko, a new bat, & giant rat – perhaps the biggest in the world. Another first… the Bosavi silk cuscus, a nocturnal marsupial that lives up trees & feeds on fruits & leaves, & friendly enough to sit on the shoulders of humans… if we let them hang around because, sadly, the rainforest in PNG is being destroyed at an annual rate of 3 – 4%. 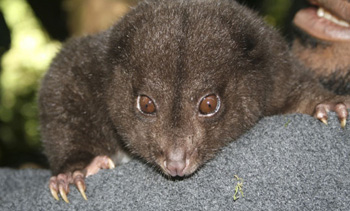 The social landscape is equally jumbled. Unsettled property rights & titles are matched by a motley-lingual 820 languages spoken throughout the nation, entangling an already confusing snarl in a society shaped by weak state control & traditional methods of conflict resolution (often clan revenge killings; to quote Handa clansman Daniel Wemp: “the New Guinea Highland way to solve the problem… disturbs our day-to-day life; we won’t be comfortable for the rest of our lives; we’re always in effect living on the battlefield; & those feelings go on & on in us… trapped in our endless cycles of revenge killings.”). Help supposedly came in declaring English the official language (PNG belongs to the British Commonwealth). That only hinders matters by adding yet another linguistic layer that few people can actually speak.