The first documents of cacáo here record a shipment in 1876 containing 13 plants from the Royal Botanic Gardens, probably originating in Trinidad & found themselves planted around the mountainous region in the southwest.

When Germany later colonized the area, more material entered from São Tomé & Fernando Pó, brought by Baptists missionaries as a way to create employment opportunities for the locals. Offspring of these trees then traveled with the Basel missionaries in 1889 to found the cocoa industry in Ghana.

Around 1900 the great cacáo botanist Paul Preuss journeyed in with a raft of cacáo types from the Americas. The list included Puerto Cabello, La Guaira, Maracaibo,Guayaquil, Nueva Granada (Colombia), Suriname, & Soconusco. Some however were in all likelihood mislabeled. Nonetheless, on the basis of his collection stationed at the Victoria Botanical Gardens (present day Limbe), Cameroon then hosted the most diverse varieties of cacáo that existed anywhere at the beginning of the 20th century.

Among them: distinctive red podded fruits whose seeds in descendants still growing around Mount Cameroon, when pressed into cocoa powder exhibit a distinct & sought-after red color (the result of anthocyanin pigments that translates into higher polyphenol content) by European bakers… shades of Mayans flavoring their chocolate beverages with the red dye achiote.

Breeding programs in the 1950s took place at Nkoemvone utilizing selections from the research station there. That plus uncontrolled pollination led to a high admixture of diverse crosses. The traditional “German cacáo” boasts roughly half Amelonado, one third various Amazon genotypes, a smattering of Criollo, & others in its DNA. 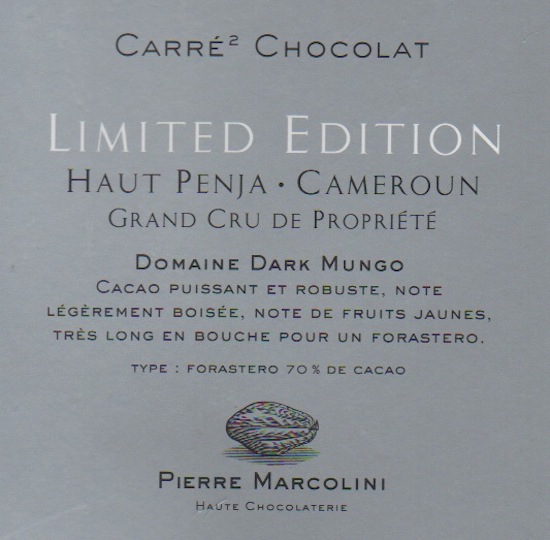