Local indigene trade name in Central America translated as ‘Mayan Red’ to reflect their pod color. Colorful for sure but also confusing too since it can mean different things in different neighboring countries.

In Nicaragua, Indio Rojo refers to typical Trinitario (in other words, ‘a little bit of this, a little bit of that’ & lot of just about everything, very suitable for that catch-all mob term). In Honduras, Indio Rojo is commonly known as a hybrid cross between Trinitario &/or Catongo x Upper Amazon (a meta-population of several cacáo subgroups) exhibiting light pink seeds with very little contribution from Criollo. Most DNA analysis indicates that it contains mainly Amelonado.

Select Honduran cultivars that hail from a cluster of rather isolated groves in the northern part of that country sport medium-sized pods, fairly round with slight protrusion at the nose & some bottle-necking at top. Relatively smooth surface & shiny skin interrupted by ridges. Seeds tend to elliptical / almond shaped. Moreover, they can deliver high in-depth flavor. 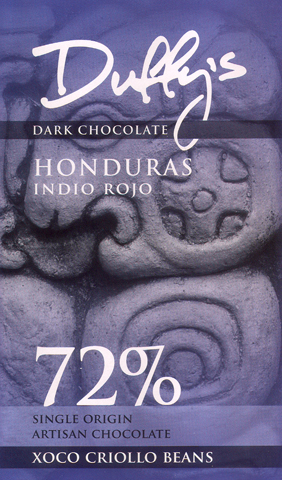