CHARACTERISTICS: possesses good range of variability with a lot of Amazon ‘Calabacillo’ types brought over from the hub of Caribbean cacáo, Martinique, plus hybrids introduced from Trinidad prior to the 1880s, as well as significant number of trees belonging to the Criollo complex

Home of the free…

… and playwright/poet Derek Walcott. An island fought over so often – changing hands between the British & the French – it’s known as the Trojan Helen of the Caribbean. Though cacáo arrived probably with the French in the 18th century, it’s a relative newcomer in the world of premium chocolate. A collection of about 50 small farms harvest it, with the 130-acre Rabot Estate among the most prominent.

Historically, cacáo played a role in changing this island’s social dynamics after emancipation. Sharecroppers or metayers were “exploited & pauperized”, according to P. Adrien, by estate owners until a few of them rose to propertied freeholders. Gradually & incrementally, cacáo helped former slaves become independent growers or, in the C-spot™ vernacular, true Bromans – those who husband Theobroma cacao trees. 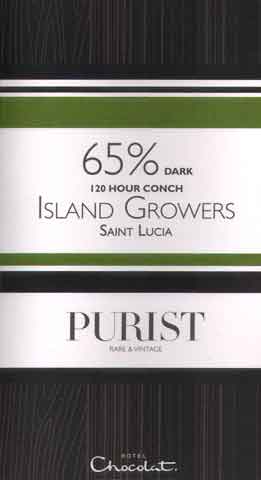