CHARACTERISTICS –  cacáo in the Congo splits between 2 growing regions: a) West Coast on the Atlantic based on Amelonado seeds from São Tomé + some Criollo originating in Colombia; & b) The eastern border region around Lake Victoria, similar to cacáo in Tanzania, sourced from Cameroon & Trinidad (mixed varieties of red & yellow Calabacillo with a smattering of Criollo)

The Congo. Just the sound of it carries a lot of tonnage.

Where rival European powers fought each other over vast colonies in the New World & Asia, Belgium led by King Leopold II shrewdly shied away from the competition by targeting Africa instead. He went to what became his own private playground – The Congo – in the name of abolishing slavery (which became the excuse & casus belli of Europeans in their scramble to later colonize all of Africa) only to use it for the ivory-trade — a local tradition Leopold probably learned from the Kongo people themselves who enslaved neighbors for the same purpose at the height of their kingdom in the 16th century. Made of tusks stripped from elephants, ivory would be sold then turned into piano keys, buttons, & billiard balls. Sadly an illicit trade of it continues to this day, mainly to China where ivory ranks alongside kung fu & acupuncture in the Culture Heritage Register. Craftsmen there carve ivory into chopsticks (which supposedly change color upon contact with poisoned food) & miniatures of pagodas, temples or robed sages (Confucius, Buddha & the like.) 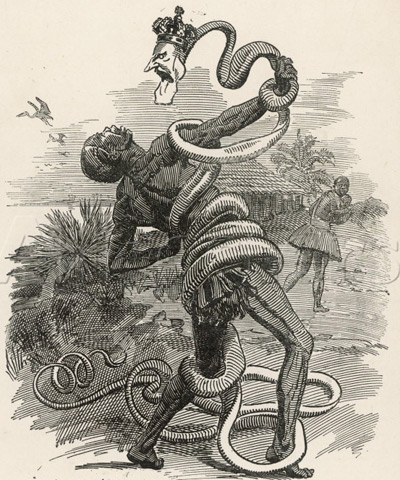 Cacáo in the Congo splits between 2 growing regions:

a) Towards its West Coast on the Atlantic — sandwiched between Gabon & Angola — where de Wilderman noted in 1908 some seeds from the island of São Tomé off the continental mainland that conforms to West African Amelonado types as well as, farther afield, Venezuela sharing in the mix, including Criollo originating in the foothills of the Sierra Nevada de Santa Marta, Colombia;

b) The eastern border region around Lake Victoria which sets it apart – both geographically & genetically – from groves in the country’s western territory, bearing some resemblance to cacáo in Tanzania, confirming a general regional character. This area could form an extension of the East Africa plantations first established by German colonists at Usumbara (around Burundi) towards the end of the 19th century based on material from Cameroon. Shortly thereafter the Brits planted some in their Uganda colony at the Entebbe Botanic Station with transplants that were originally sourced, in all probability, from Trinidad (mixed varieties of red & yellow Calabacillo with a smattering of Criollo) via the Royal Gardens back in England. Also, they perhaps transported some cacáo from Sri Lanka (possibly even the fabled ‘Old Red Ceylon’). Other inflows include material planted by Belgiums around the low tropical woodlands of old, mostly decrepit plantations near Kisangani.

The eastern area has been particularly impacted by the Civil War that raged throughout the 1990s & early 21st century, which carried violence deep into the rainforest. Over 3 million victims, most due to disease & starvation, lost their lives. Conservationists researching plants & wildlife were often lumped together with poachers & the starving poor who raided the forest’s resources for diamonds & gold, butchering endangered species for bushmeat, & snatching friendly bonobos – man’s closest relative – for the pet trade. That their research work was interrupted seems trivial in light of the many park rangers & others who were killed in the ongoing melee while trying to protect the environment against unstructured armies using the rainforest for their rebel hide-out, provoking constant clashes, with only sporadic pockets of relative peace.

Even cacáo paid a price. If civil unrest failed to kill it, black pod disease probably finished the job.

All this instability harkens back to the coffee market collapse in the 80s/90s which saw farmers rapidly switch to cacáo. It begs the question if/when record commodity prices for cocoa drop, will growers move back to coffee or some other trend crop?