O.W. Barrett wrote in 1925 an article titled The Food Plants of Porto Rico in which he dates the first attempts of cacáo cultivation there to 1626.

With reputed Criollo seeds transplanted from the State of Mérida in Venezuela, they bore green pods with white cotyledons, rather homogenous / self-compatible.

By the end of the 17th century more from Venezuela arrived, specifically from Trujillo along Lake Maracaibo just north of Mérida, of hybrids & a type Barrett listed as ‘Calabacillo’, a collection sporting red & green pods.

Those initial trees failed to establish any permanent production due to better opportunity costs from other crops – a tale eerily familiar to modern day competition from bananas, palm oil, & even rubber.

All’s not lost. The USDA station established during the 1930s in Mayaguez, P.R. today houses a diverse array, well organized & true-to-type, from genebanks in Trinidad (CRC) & Costa Rica (CATIE), consisting of ICS & UF clones + a smattering of others. Recently it sent out a graduate researcher, Stephanie Cosme, to canvas the island. She returned with good news: upwards of 70% of her collections from small plots, backyards, & isolated pockets (typical of P.R. since it lacks any large-scale cacáo plantings) uncovered old, relatively homogeneous Criollo. Perhaps the descendants of those Venezuelans Barrett mentioned?

These naturalized Criollos supply real-world proof for what the C-spot™ wrote years ago in The Chocolate Atlas to dispel notions that Criollo is a temperamental diva that lacks the guts to withstand hardships — they clearly select well enough to survive for centuries on an island prone to winds & hurricanes sweeping thru the Caribbean. Hmmm, maybe her tap roots are deeper than most.

Puerto Rico may well nurture the environs for varietal seclusion because, like neighboring Dominican Republic, it’s rather disease-free. It could serve as a lab for these & the USDA accessions to be planted with a strategic plan in mind instead of the jumbled “hodge-pods” that characterize cacáo groves around the world. 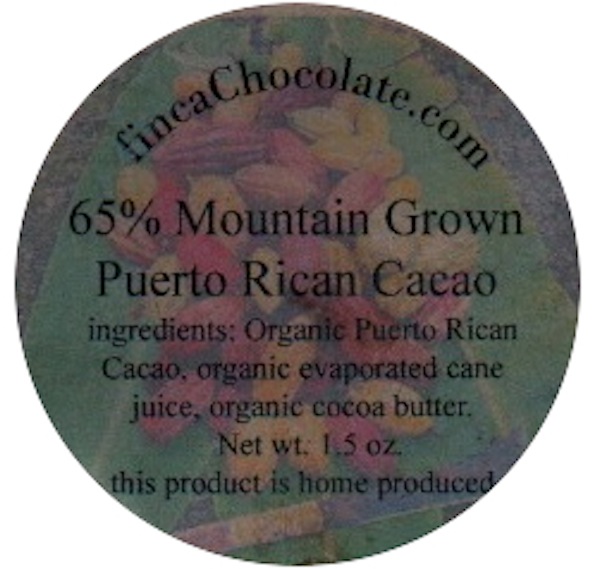