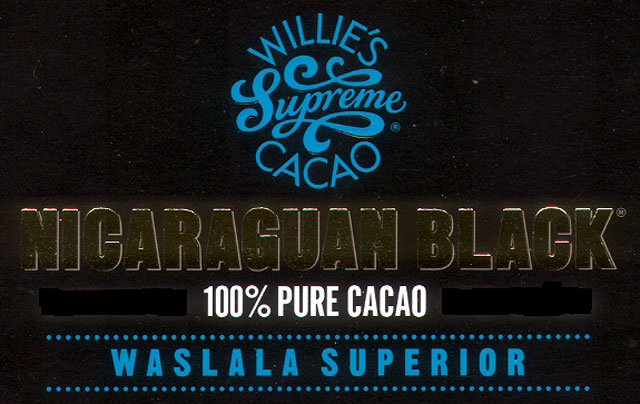 Impact
Waslala in Nicaragua was the La-La land of its day. Maybe lacking LA’s pretense, botox & bevy of celluloid dreamers, it nonetheless had its share of migrants from south of the border, earthquakes, hookers, & bountiful fruits ‘n flowers, including fast money growing on trees (cacáo), to form a generalized decadence.

The similarities end then & there.

Nowadays it casts a true reality show far from the faked survivor islands & Jersey Shores. Pretty damned 3rd World, located in the central province of Matagalpa, Waslala sits equidistant between the Pacific & Atlantic oceans, at an elevation of 200–740 meters in a southeast-looking depression adjacent to the Peãs Blancas massif. Locals cultivate cacáo on steep slopes where it prospers amidst preserved forests in a naturally mixed environment sprouting a number of foreign introductions within its diverse bandwidth.

Modern commercial production around these parts began in 1961. CATIE, the breeding lab from Costa Rica specializing in productivity & yield, distributed seeds here, as well as throughout Central America, in the 1980s. Job done, the region now accounts for more than 50% of Nicaragua’s overall output.

That the average grower tends to 1 - 3 hectares, often with 20 different cultivars, means harvesting them separately becomes economical only with high paying premiums.

Despite a tough ending on this bar to test one’s mettle that the Arabic-sounding Waslala might actually be the strict & stern handiwork of some religious Wahabi sect, this bears proof that Willie is both paying attention & paying up.
Appearance   4.6 / 5

Aroma   8.5 / 10
a gooey, almost wet & nut-inflected chocolate (simple & innocent with spreadable nut-paste) -> digs into some topsoil for cocoa dust; overall light & buttery
Mouthfeel   13.7 / 15
Flavor   43.1 / 50
black cocoa -> clean dirt -> wood’s ear mushroom -> nut shell -> cocoa butter -> souring end with slight bitter-metallic finish -> resurgence of nuts, this time around clear pecan -> eucalyptus gum in the far after-math
Quality   17.4 / 20
Other than that leaky end (either machinery &/or fermentation), a Brut well-collared in butter. Those sour volatiles would spell fruit if catalyzed by sugar to nicely complement this cacáo’s obvious solid baseline character (outstanding latent cocoa reflected in its relatively hi-CQ or Chocolate Quotient for an unsweetened bar). A thick backbone of it to go along with the Texture.

The revival of cacáo fortunes in Mesoamerica gradually appears headed for a brighter future.