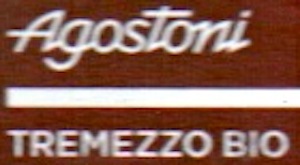 Organic… can the label be trusted now that the very definition of it has been watered down?

At several "Green Markets" & "Farmers' Markets" across the USA -- affordable primarily to the rich with booths staffed by local urban college students -- produce can be 85% pesticide / herbicide-free & still qualify as 'organic'.

That it suffers from a mild bout of the 'half-pregnant' syndrome is injury enough but abuse adds further insult for GMO & Roundup Seeds™ have infiltrated some goods without farmers themselves even knowing it. And in a perverse twist, Monsanto, the perpetrator of many such agri-tech transgressions, harasses small farmers victimized by wind-borne seeds ruining their crops by essentially trespassing on their property, then taking those same unsuspecting victims to court for patent infringement.

It’s enough to make Farm Aid™ President Willie Nelson reach for another bowl of hydroponic for breakfast ('no bacon this morning, darlin', just wake 'n bake, thank you') because about the only things resembling organic nowadays comes out of the eau de toilet. show more »show less «

Sadly “organic” is beginning to fit the definition of free market corruption to the tee, as proposed in the film THE CORPORATION of an American company that possesses an evil psychotic personality, beholden only to its board members & those who hold preferred as opposed to common stock (that is to say, the extremely wealthy superclass).

'Organic' has become a label that can be purchased, just like pollution with carbon-credits.

Some corporations, driven mainly by the bottom line, make it imperative to try to control the genome (flora & fauna, & that includes humans), water (oceans, lakes & rivers), air (as in the whole sky up to suborbital stratosphere), & food (earth & all arable land), conceding only fire to their backup -- their friends at the Pentagon who form the backbone to the Security-Intel Nexus (S.I.N.).

With the games that get played in the tropics over paperwork & rubber stamps for a few extra dollars, just how certified can organic cocoa really be? Doubly so given scant traceability.

No worries... if the label printed on the package says 'organic' then, what the fudge, somebody benefitted in the transaction. At the very least it can be sort of like considered 'fair-trade'.
Appearance   3.5 / 5

Hardly an offset or even a blip on a rather flatline contour, save for Texture which see-saws between smooth & sporadic.