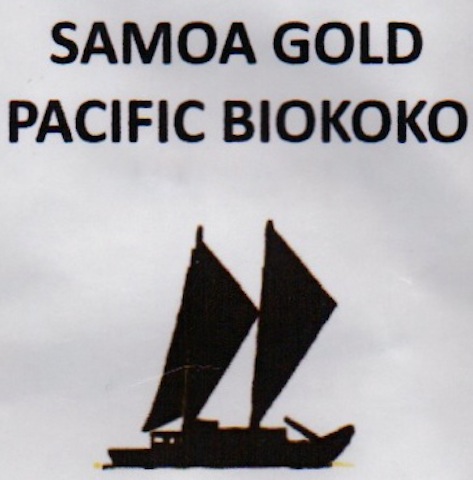 Impact
The cuddly / puddly Edward Smith "Eki" Fatu -- aka "The Samoan Bulldozer" or by his ring name "Umaga" -- was part of the Wild Samoan clan of WWE wrestlers. He tag teamed with The Island Boyz, the Samoan Gangstas, & 3-Minute Warning. All of which should provide a flavor of this guy & these cocoa nuts.

Why is he brought up here? To alert everybody that a handful of these raw, un-roasted nuggets are tantamount to inviting Umaga into your mouth.
Appearance   4 / 5
quite variable in size (a sign of diverse heterogeneity but a manufacturing challenge) in the medium-small range & mostly semi-flats
Aroma   9 / 10
phenomenal brandy: the reducing sugars in the cacáo pulp distill a butterscotch rum (seemingly with sweet sugar cane residuals) -> pear in the guise of Poire Williams -> but also a shellac / turpentine / paint thinner.
singularly unusual
Mouthfeel   12.9 / 15
Flavor   42.4 / 50
funhouse candy flavors lead the procession... pink Bubble-Yum® flavored in this case with banana & artificial grape -> swirls up some cotton candy floating amidst maple syrup & hopping beer suds (the alcohol from the Aroma or the Wild Samoan Splash, a forward jump from a raised turnbuckle of the ring that lands, stomach-first, across a paddling victim lying on the ground below) -> settles a bit with a side o' chips (batata & taro, very Fijian) -> bitters slam across the pal (for palate) in a Samoan Spike (a hi-speed thump thrust to the throat) -> scraping sea coral (ouch) -> recovers back to the bubblicious without that bitterness ever leaving hold
Quality   15.2 / 20
Flavor re-confirms what the size of the differing seeds indicate -- heterogeneity. It also points to a probable uneven ferment caused by seeds pulled from several properties on Samoa.

Certainly has the fruit; & some bitter too -- bordering harshdown, in fact.

Could be both instructive & profitable to segment the various types if possible; weed out some of the objectionable varieties in favor of those with more rewarding traits, then subject them to rigorous fermentation protocols.

As is, the fruit profile, while evident, tastes mild enough, precious little acidity, that would likely perish for the most part during processing. Less so the bitterness, however, which seems to have real staying power. A good bitter though, a healing bitter like kava-kava. Still, it would necessitate measured sugar levels, a judicious roast & considerable conching which, again, would imperil the fruited volatiles.

Finally, the seed lot here presents no-to-lo CQ (or Cocoa Quotient); practically zilch in the way of core chocolate flavor. Not even a latent whiff.

Quite the challenge, for sure, but one which the Samoans appear prepared for. 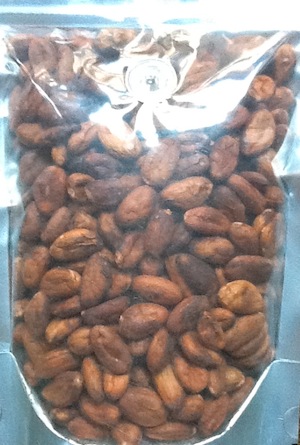