Impact
Dyslexics might re-arrange the letters of this bar's name to read 'medulla' & shudder to think that it tastes of some grey-matter brain-tissue splattered about.

Fear not: unlike a few others in Friis-Holm's suite of Nicaraguan chocolates, this one has some pith. And probably deserves a medal for courage.
Appearance   4.3 / 5 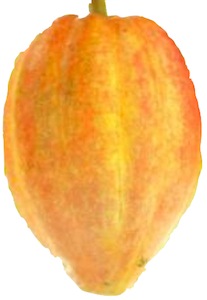 Yet another in a line of Xoco Gourmet's catalog. In the last few years the venture, based on a tech investment model, drew up plans to proliferate the landscape with literally millions of seedlings, grafts & clones in Central America, perhaps to the detriment of traditional cacáo tree stocks. Total production goal: 4.4 million trees between Honduras, Nicaragua & Guatemala.

Some better than others, most however taste repetitive enough to stretch -- indeed, pardon the pun, strain -- the definition of varietal. Like people giving each of their fingernails a pet name. K... please, no messages from manicurists & pedicure salons explaining how sensitive each nail bed & cuticle is; that they've individualized feelings which respond to TLC. Understood.

A dark yet inviting 70%. Somewhat stunted (compounds that never really go anywhere) though it develops... however haltingly (no thoroughbred at any rate; neither genetically nor gastronomically). Valiant in the face of such challenges, it cuts a relatively cohesive & compatible profile.