Impact
In a sign of just how secure David & Cynthia at Soma Chocolatemaker feel about the mastery of their craft, they send out these ferocious diesel-breathing dogs (re: cocoa mutts from Haiti, & with a taunt no less) to call off other dogs (viz., the chief critic writing the C-spot's® reviews). That's fighting fire with biofuel, matching brut force with more brutal force.

Suffering's a helluva a drug: it allows one to really appreciate Soma's good bars.

No apologies necessary, Dave & Cindy. And many thanks for the forewarning. 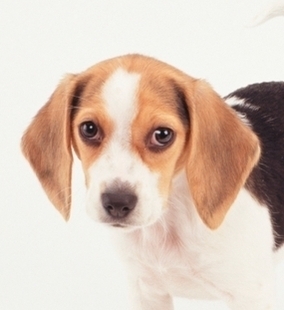 Broma, the C-spot® mascot who doubles as editor-in-chief... fed to the wolves in this bar
Appearance   3.9 / 5

Aroma   5.7 / 10
breaks bad, Filthy McNasty outgassing: burning tires & burnt coffee still smoldering from circa The Haitian Earthquake 2010
Mouthfeel   13.4 / 15
Flavor   22.6 / 50
straight up vanilla-cocoa -> slow caramel roll (so far so good) -> then the wheels come off & the rubber tires run over the progression... slams on the brakes (burning metal shoes) & loses it in a ditch (dirt, mud, slime), all consciousness (re: interest) instantly lost along with it -> blows away scorched peanut skins in the still of the night
Quality   6.1 / 20
Oddly, a respectable enough opening, owing to heaps of added vanilla(?). Once the tannic attack breaks thru the vanilla screen, however, all hell-fire & panic ensues.

Everything that could go wrong does in this little bar... which encapsulates the Haitian chronicles that is that island nation.

Soma's advisory should be heeded: "it turns about 50% more palatable after 1 year of aging". Maybe that's why 2 bars were delivered instead of 1?

Now hold it: that still leaves the other 50%.