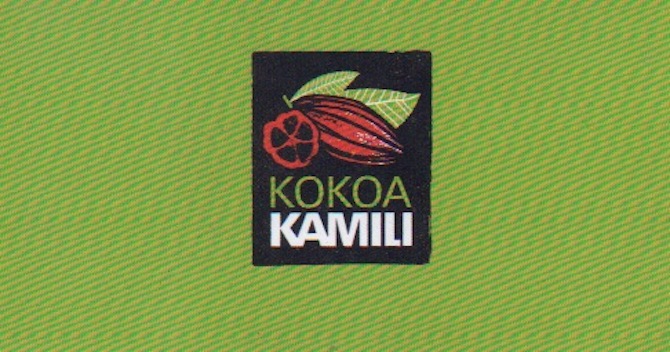 Impact
What must Customs be thinking?

Almost daily the C-spot® receives a parcel, including some from all over the world, even from the most far-flung places. Far more than can be reported to, you, loyal C-spotters (sorry). The goods can experience delays coming into the USA thanks to 9-11 security measures.

Take this shipment from a remote corner of Tanzania in East Africa, a neighboring country to Kenya where the mall massacre drew a response by U.S. Navy Seals in nearby Somalia up the coast.

Sooner or later one of these would be bound to prompt a call from the CBP -- the Customs & Border Protection of the U.S. Department of Homeland Security... show more »show less «

... (yikes that sounds kinda... well, Fourth Reichian [&, no, NSA, not that Heil Reich but Wilhelm Reich]) -- extending an "invitation" to come in for a few questions.

Huh, that provides a chance to perhaps verify what Assange & Snowden have been leaking. They must be obliged. And besides, it's hard to say 'no' to these guys.

How could such an interrogation go? Pretty routine; something along the lines of inquiring about any a) chocolate possibly laced with illegal "fillers" & b) financial links between cocoa traders & the funding of terrorist operatives.

Nope, it's just chocolate, guys. Picked by humble farmhands & brokered by people who believe what they do might make the world a little better & happier place to live.

Ah, really? Then what about these nuts here. They stink like vinegar. You can't make chocolate out of these. So you use 'em for what.... salad dressing?

Well, if you'd allow, please refer to this explanation on the function of fermentation & hi-flavor.

They drink beer so they understood. Still, one shot back: Why don't you just, ahhh, grab some Snickers® or Reese's®. Bringing this stuff in from all over the places gets expensive, no?

True, but Hershey's & Mars cut their bars with lots of sugar. This is purer. At which point everyone's now let in on a unwitting secret: chocolate's the best street-legal high around.

Dumbfounding but true. So together let's do a little of, in the C-spot® vernacular, 'break 'n bite'.

Convinced, the tone of the meeting shifts & before long, upon exiting the interview, the lead officer would snap, Hey, got any more of that to leave for us?

With that, stuff should be clearing customs without further delays.

Keep bringin' it on, y'all.
Appearance   4.5 / 5
a motley mix of smalls & jumbos with midsize in between
flats & rounds
fairly thick / papery husks; easy-to-peel save for the mid-flats
moisture content varies according to size (from dry to slightly damp along the small-to-large continuum)
Aroma   7.3 / 10
burly ale
just fills the hallways leading to the nasal passages
intoxication follows

calms down into more traditional acetic acid (vinegar)... yep, this might make a good salad dressing indeed
Mouthfeel   12.6 / 15
Flavor   45.1 / 50
coffee warmed by clove leads onto a wooden-balsamic scent (of clove's myrtle / myrtaceae relative eucalyptus + muhuhu wood with its intrinsic sweetness similar to vetiver) -> brief purple fruit (huckleberry) -> banana -> green things -- vines & fronds & edible leaves -- beautifully measured -> white vinegar over savory umami points -> greased bitter, very little bite, just a vapor of it, in a radicchio guise -> supple banana cashew-cream -> draft beer at the back -> lite cocoa linger
Quality   17.3 / 20
In early Autum 2012, the C-spot® received a letter from a researcher working on a cocoa project in Tanzania (TZ) with the Ministry of Agriculture. Part of its mission involved a great deal of research on the history of cocoa in TZ. He kindly wrote that the C-spot's® Tanzania section of The Chocolate Atlas is "impressively accurate", doubly so given the dearth of information on the subject.

Better yet, he generously offered some helpful & much appreciated edits.

So when this same person called about sampling some fruits of their labor, well, there was no reason to pass this up & every reason to expect good produce.

Kamili in Kiswahili means "Exact / Perfect". They chose the name to reflect their focus on quality, as well as a commitment to transparency & honesty with growers often exploited by middlemen.

Fair-Trade & other organizations that sell stamps: where are you?

The duo behind Kamili converted an old bar / dancehall in the Kilombero Valley of Morogoro for their processing center. Judging by Color & Taste, they ferment thoroughly during a 6-day cycle.

Drying could perhaps stand a slight augmentation as both the peeling of the husks & the Texture indicate, at least for some of the nuts (particularly the flat mid-sized ones which dry slower than smaller seeds & have a different surface area ratio than the rounded jumbos). A few of those seem more moist than the 7% target.

The overall flavor is quite easy & appetizing for an unadorned cocoa nut. So mild in fact it might translate only meekly into finished chocolate. It should however allow for a high-percentage bar -- upper 70s to 80%.

Simran & Brian labor very much in the experimental stage at this point with various buying, fermentation, & drying systems. Already they've come upon protocols that give them every reason to be justifiably proud. And, moreover, hopeful for the future.