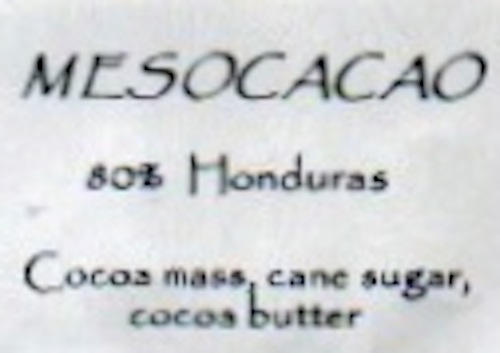 Impact
The news lately depicts Hondurans surging north to the USA as hoodlums who want to be hip hop stars in the middle of the suburbs with phony lakes next door to the corporate proving grounds. Wow, where have they sunk to!? Pond scum?

Reports from down south about these asylum-seekers are sensationalized (as with everything in media nowadays) but take Tegucigalpa, the capital of Honduras. Residents have grown accustomed to scurrying home before dusk when the sound of automatic gunfire starts to pepper the night. The city awakens the next morning to discarded bodies, the handiwork of street gangs, extortion rackets, drug mafias (including the notorious Los Cachiros cartel which controls 90% of the clandestine runways in the country) &, apparently, the police. Motocycle drive-bys are the preferred method of killing btw.

People fear the top-cop as much as the criminals. Few dare speak his name above a whisper. And for good cause: a formidable figure, solidly built, with a shaved head & sharp features set in a ruddy face. His windstorm of a voice rises from the depths of a cavernous rib cage… words come slowly at first & then accelerate to a dizzying onslaught.

5-star Gen. Juan Carlos Bonilla aka El Tigre was accused a decade ago of running death squads & recently oversaw a law enforcement department suspected of beating, killing & "disappearing" its detainees in the country that serves as a way station for most South American cocaine bound for the USA. For instance, a rash of gang members arrested in a roundup mysteriously vanished. Two of them later turned up dead on the edge of town.

In a 2013 Christmas present to the nation, the President of Honduras fired Bonilla. End of story? Doubtful. Bonilla one day might ascend to the presidency himself.

This bar, at a mean-sounding 80% from Honduras, scares most chocolatarians to send shivers around their taste buds & shudder at the very thought. In reality, Mesocaco's Honduran-80 slumbers up a big tiger that purrs & nods kinder than a kitty cat.
Appearance   4.8 / 5 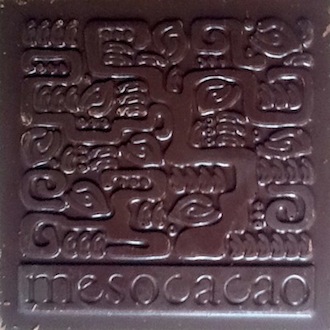 Aroma   7 / 10
grape nuts cereal right out of the box with smoked molasses
black pepper to suit
finishes off tobacco & grass
Mouthfeel   12.1 / 15
Flavor   44.3 / 50
spiced fig opener attending cocoa, then just fig with amate leaf -> tobacco drift -> supple leather -> copal -> sweet tamarind -> that smoked note in the nose transfers on the tongue without much molasses at all (pretty effective offset) -> malabar chestnut -> horsetail -> sweet runny syrup leaves behind a subwave of cocoa-powder marks down the neck
Quality   15.8 / 20
80% out of Honduras? Mesocacao challenges itself as well as dares the competition in the process.

Time once was when people considered 70% the heart of Dark Chocolate, some optimized mythical percentage pulled out of the sky like the raw food tribe who scolds the wider culinary culture for cooking above "sun temperatures". In essence, overall percentage in a bar counts far less than the configuration of the CBS (Cocoa mass / Butter / Sugar ratio) upon the specific genotype being transformed into chocolate.

Mesocacao clearly lays down a finer marker -- a higher benchmark that demarcates the frontier. Its 2 origins to date are introduced, first, with Nibs &, then, with finished bars weighted at 80%.

A classic example of chocolate that tastes much better than it actually should, thanks to the combined talents of the Mesocacaon team.

Humble cacao stock from a shallow gene pool -- put down as the lowest for the longest -- which in the hands of most others would end up 'slagle' (for slag + wiggle on the Texture). Sure enough, the profile sits in a limited compound but nicely self-aligned with astounding sweetness for one-fifth sugar (the psychological sweetener of additional cocoa butter in the mix also contributes to the FXs).

Just wait 'til these guys gain access to the really good stuff.