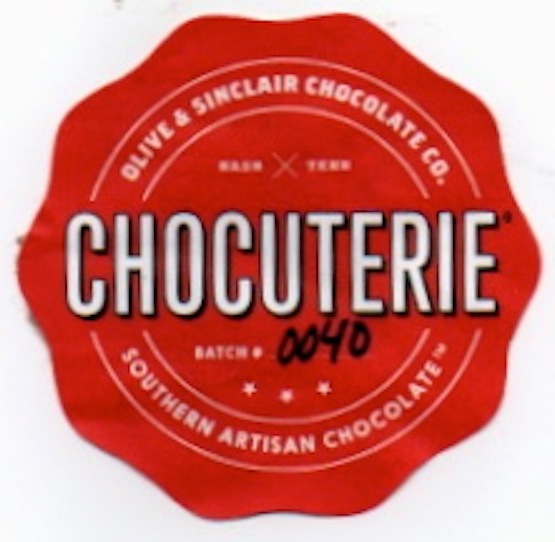 Impact
At a Tom Petty & The Heartbreakers show the young'un tugged on the jacket with bug-eyes & shouted, "OMG they're doing that Stan Smith song".

"Uhhh, sorry son but it's more like the other way around."

Figuring it'd be too difficult to explain how / why The Grammy's give awards for plagiarism, let's just move on & credit Stan for stealing from good sources.

Olive & Sinclair (O&S) demonstrates good taste without outright pilfering. Instead it adapts a branch of cuisine -- cured meats -- for its own innovation.

Aroma   6.2 / 10
moonshine & piss
hey, they go together
no way but this
one follows the other
Mouthfeel   11.4 / 15
Flavor   43.4 / 50
bourbon-splashed cocoa-wurst with a dark fruit cake edge (the added blackberry) -> pause some in the middle & flavor progressively diminishes into a lemon-lime clearing
Quality   18 / 20
Definitely looks, smells, & feels the part. Add taste too.

Few will know what to make of it.

Less a chocolate & more a damn convincing deli-dessert hanging alongside the salami rows.

Flavor runs a little bit thin (mainly on account of brown butter & brioche in the recipe) & could stand a boost in the base elements (re: chocolate) to match the rising alcoholic vapors (attributable to a Cabernet Sauvignon rather than any whiskey).

But O&S largely aims & hits their target on this for some culinary wizardry. Strong points for conceptual daring.