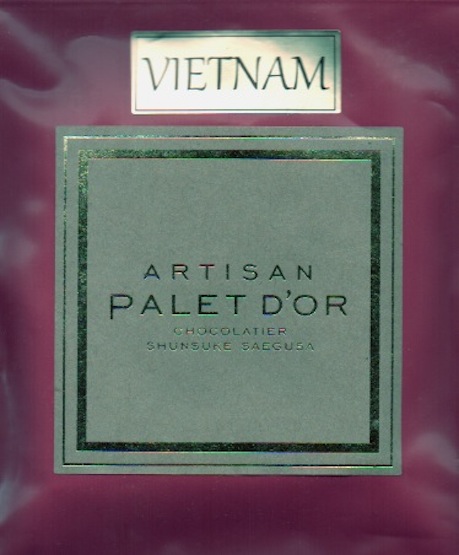 Impact
Bushido stands for the ‘way of the warrior’ -- a code of conduct governing the Japanese samurai class. Along with self-discipline, honor, & austerity, the code emphasized the samurai's obligation to his lord, which superseded even familial ties. After the Meiji Restoration in 1868 effectively ended feudalism & returned power to the emperor, the samurai's obligation of loyalty & sacrifice shifted, becoming the basis for the cult of emperor worship.

The way in which Shunsuke Saugusa exacts flavor in this deftly calibrated 66% bar rivals bushido… dedicated solely to chocolate.
Appearance   4 / 5

Tastes of taking the middle route in the roaster & the conche, shaping the distinct outcome via the sugar variable.

Given Vietnam's unique cacáo stock, & in the studious hands of a Japanese barsmith, it all feels so easy… deceptively easy.