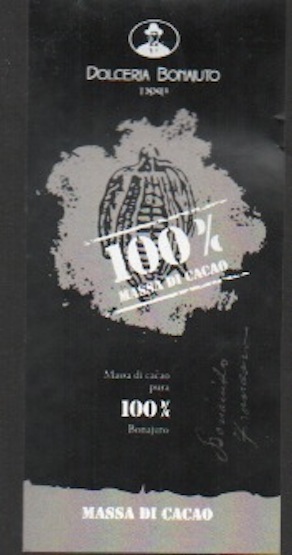 Denaro once commanded over 900 lieutenants. They communicated via the aged-old method of "pizzini", bits of paper containing messages often written in cipher. Messages were placed under a rock in a farm field of one member who rose every morning at 4 am to tend to his flock. Often destroyed on the spot after reading, these priceless literary pieces include: "I've put the ricotta cheese aside for you, will you come by later?"… a phrase apparently having nothing to do with dairy products. Or "The sheep need shearing... the shears need sharpening" & "the hay is ready”.

Ready or not, here he comes… Denaro, a former trigger man, reportedly boasted he could "fill a cemetery" with his victims who "disappear without saying anything".

To eat like a don, next time ordering that pizza, ask for some sheep’s milk ricotta cheese on it.

And now that their code has been cracked, maybe Cosa Nostra will switch to chocolate… like these bars also crafted in Sicily.
Appearance   4.1 / 5

Salinae
coconuts hanging from leather strips on a palm tree