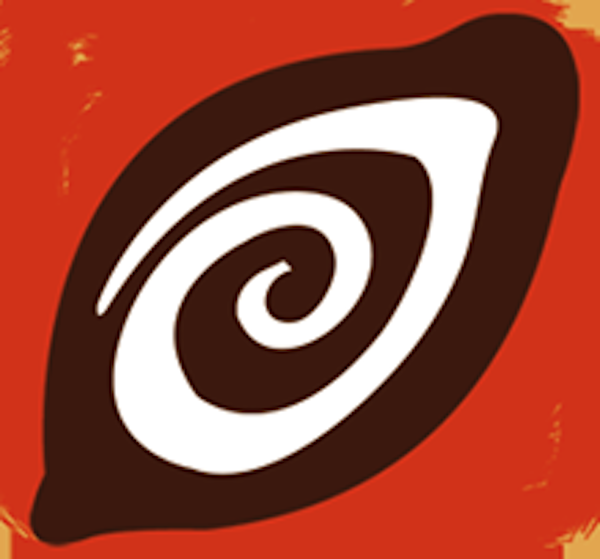 
Years ago the USAID (United States Agency for Int’l Development) funded a Swiss NGO PRONORTE project in northeast Ecuador. Charged with the mission to recover disease resistant, high yield plants, other activities in their brief included the creation of Farmer's Field Schools (FFS) for cocoa. One of their FFS graduates, Edwin Sanches, found some promising trees in Sacha, Orellana Province of the Ecuadorian Amazon.

Edwin, a Sacha-born cacáotero / grower, identified a set of trees that were mixed together to avoid self-compatibility as a hedge against predator diseases that kill a single-varietal. His varietals are numbered 1 thru 10.

Consider these ‘supertrees” the modern refractarios (the latter refers to ‘resistant’ germplasm of the 1920s which survived the dreaded Witches’ Broom disease that nearly wiped out all of Ecuador's cacáo).

Naturally-evolved to be Monilia & escoba de bruja resistant
High-yielding productivity (10x; from the world average of 300 lbs/hectare to up to 3,000 though quite ‘YMMV’ depending on who’s talking)
Tolerance & adaptability to forest floors + climatic conditions (ala CCN-51)
Flavor & fragrance (characteristic of the fabled Nacional-complex cocoa)

About their precise genetics? Well, a mix of whatever by whomever + something else (e.g., some purport a Colombian connection)... as right & proper for contemporary Ecuador!

Hundreds of nurseries covering thousands of acres now propagate millions of these trees.

So with the founder gone, the heritage landed in the hands of his father Ambrosio Sanchez (at a nursery / farm La Finca de Ambrosio Sanchez, entrada al Colegio San Carlos, a 2km vía Recinto Los Ángeles).

Rumors swirled & folks caught wind of some really good cacáo growing in them fields. Soon everybody started believing Sanchez sat on a gold mine. People as usual went bananas, tracking ESS, cloning it, gambling they’d get rich by selling on Mercado Libre, Ecuador’s eBay, in a kind agricultural cryptocurrency.

Enter a bunch of ex-USAID employees. They too got the bug. 5 guys (names undisclosed to protect the publisher!; pssst, just google) got this farm (see Source above), experimented thru trial ‘n error, & decided to utilize 3 of the original ESS -- #s 2, 6 & 8. This review pertains to chocolate crafted from what they re-baptized Sacha Gold™ -- a clonal subset derived from the original ESS line (branding works that way). Neighbors refer to it as “cacáo de los gringos”. So many names & numbers… all so cocoa-loco.

Their joint property measures maybe 30 hectares. Divided by 5 partners = ~$300 / month each... Plus, they provided trees to the government because many prefer them to the so-called “Nacional” from gov’t breeding conservatory INIAP which earns a reputation for generally knowing a lot & doing little with that knowledge. INIAP now possesses ESS trees in Pichilingue. Gov claims it will take several years to investigate the trees. Really? In any event, it had issues paying 5 partners for their services when the price of oil (the country’s oil reserves provide a major source of govt revenues) tanked a couple years ago.

The scoop is that the property fell into near bankruptcy. Think USA circa 1929, or UK in the 1950s, or the global meltdown 2008, on a much smaller scale.

Reportedly there are disputes over royalties between various parties in this saga. Just business.

Which begs a broader however rhetorical question: can anyone actually own something like this anyways?

Well, Toto, seeing we ain’t in Kansas no more & the taxidermist stuffed you with an AI chip, just wiki up ‘Monsanto, patent attorneys’.
Appearance   3.3 / 5

Bar
Once the initial Textural problems subside, a lecithin-like roundness befits quality lipids.
And the longer it melts, the farther the flavor stretches into varying folds away from its semi-raw state.