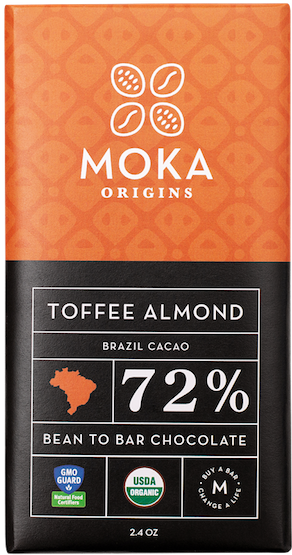 Impact
Current populism feels heated / divisive. It even spills over into the debatable science & gut-wrenching politics of modern food fights -- the kind most people thought they left behind in middle-school.

Provocative as the Bioenergetic diet heralded by Peatians (followers of Dr. Raymond Peat -- PhD in biology rather than an MD). Acolytes think of it as the most efficient oxidative metabolism for converting CO2 into mitochondrial fuel which, in turn, optimizes bodily functions for disease prevention. At least that's the theory. YMMV.

Gotta luv the boldness of "to hell with health foods", just have some salt, sugar & fat. If true, discipline has rarely been so easy & tasty.

INGREDIENTS: cocoa mass, sugar, cocoa butter, crystalized ginger, lemon oil
Quality   16.3 / 20
All good except for Lemon Ginger a bit out of sorts. Respectable execution if questionable blueprint as the origin here -- a decent bulk cocoa delivered by the major broker Atlantic / ECOM -- proves overbearing & at cross purposes with the inclusions.