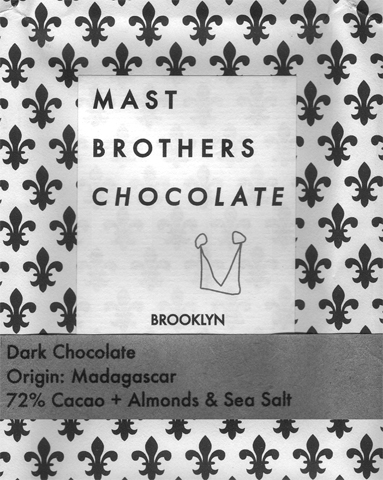 Aroma   8.3 / 10
a Dizzy Gillespie of salted-nuts trampling all over the nose -> feminized by a drop of ylang in brassy light citric-coral
Mouthfeel   12.1 / 15
Flavor   42.9 / 50
bounces-in a citrus ‘n salt clash, the 2 drawing one another out by working each other over -> olive oil steps up to referee, soothing & calming the fury (temporarily) -> bitterness hovers in backdrop -> sour recovers to pummel away until almonds subdue it (momentarily) -> chocolate morsel hits in & around apple-inflected olives -> distractions quell to assert boss-sauce savories that just spank the Flavor that goes off-the-scale in the aft-length, leaving a spoor of wattleseed, cycad, vanilla + a trace mocha w/ bay leaf, akebia, coriander & amber, as well as moringa aka ‘drumstick tree’, of quasi-asparagus in mushrooms leading onto sorrel, verbena, then clary sage... for a stemwinder of a finish
Quality   17.6 / 20
That dead tissue found in Mad 72 re-animated here with almonds, salt & -- gasp!! -- the childish taboo of the “Don’t-Mess-with-My-Chocolate” crusaders – vegetable oil. Not just any old Crisco either, but olive oil.

The thought that went into & behind this is considerable (Madagascar cacáo often arrives with resident almond/hazelnut tones) but the pairing nearly breaks down due to the woeful base chocolate, all spared by that astounding ending, this bar’s saving grace, in a kind of Mast Bros redemption project, as the progression patiently waits out the initial onslaught before asserting its full production value in synergistic fashion.

What just bullies the tongue at first is ultimately & beautifully-built to dilate the T-buds (T for tall Taste).

The Masts excelling at what the Bros do best: combos.