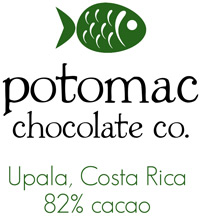 Impact
Dark as the rarely-spotted Black Mondo Grass... & about as street as chocolate gets in DC. If this stuff was around back when, it may have kept Cornell Jones, Rayful Edmonds or ex-mayor Marion "The Bitch Set Me Up" Barry from scoring a crack bid. 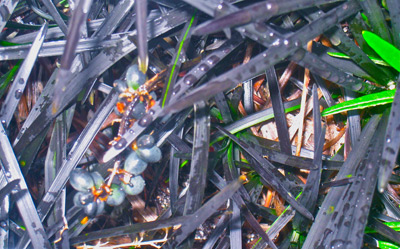 Aroma   8.3 / 10
round mound of cocoa dust w/ a red vein (of shallow grape & raspberry bores) -> splays light pomegranate & mangosteen -> pools together into tamarind sweet spot bouncing off a rubber bottom, churning that cocoa into mocha black-cherry
Mouthfeel   10.6 / 15
Flavor   43.9 / 50
where there’s smoke... there’s burnt coffee grounds -> fat black raisin -> figs out, then moves to a sweet spice riot set off against some caramelized blackstrap preventing all-out bitter insurrection -> bottoms on black mondo grass berries -> good base Ovaltine™ -> clean stringent closer
Quality   16.7 / 20
A flawed yet virtuous entry for the Brut Category of the Chocolate Meltdown™ Taster’s Course at the Smithsonian Institution’s Symposium Chocolate: From Mayan Worship to Modern Wonder, held in October 2010. Partly organized under the auspices of the C-spot™, which dared Potomac to go upstream & outside its range, venturing into the 80%+ class. The duo of Ben Rasmussen & Justin Smith gleefully accepted the challenge & deliver commendably here.

82% harkens to S-B’s blend of the same percentage, a standout before that label started its slow descent into the Hershey’s Corporate death spiral. The opening frames at the front almost suffers a similar fate indicating a degree or so too hot & a minute or two too long in the roaster (perhaps too mindful of the cocoa-content), though it comes thru the fire well, a testament to this cacáo’s good bones / tannic structure.

A single origin from north central Costa Rica that splits the difference of that country’s notable cacáo regions -- the Nicoya Penisula to the Pacific west, & the Talamanca on the Atlantic coast, both of whose once fabled groves now lie relatively dormant or destroyed compared to their glory days of yore – this might draw quick if passing parallels to Steve De Vries’ Costa Rican suite of bars. De Vries, who suspended chocolate-making operations in 2010, coordinated post-harvest practices with estate owner Hugo Hermelink at Finca Finmac near Guapiles, quite a ways to the south of Upala, for a special kind of profile rarely experienced in the chocosphere. Both this & that however benefit from seemingly good stewardship, then they rapidly diverge.

Where purposeful under-fermentation came to be a De Vries signature early on in his evolution, this tastes more traditionally cured; overall less active on the tongue (a welcome respite maybe for some), fewer hedonics & very self-contained.

No added butter & the Texture shows (as does a probable lack of a cooling-tunnel)... the purist’s preference for deeper flavor from an otherwise mild-mannered bean stock with only latent sex & jazz, enough however to spring on the sugar & ripen up some fruits in a sweeter format.

Smith & Rasmussen’s launch sets out to prove that the Potomac can be more than a watershed for the nation’s capital (Washing DC) & flashpoint for a civil war (Harper’s Ferry). It squarely aims to put it on the chocolate map.