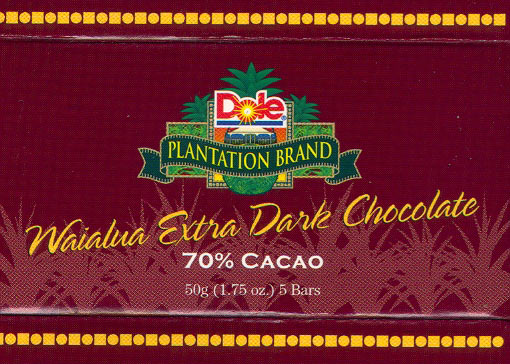 Welcome to the branding nexus of 21st century chocolate.
Appearance   3.9 / 5

Guittard typically struggles outside the semisweet range & here it compensates by adding back plenty of butter (the highest component of the Big 3; CBS ratio [Cocoa mass / Butter / Sugar] ~2:3:2) which cools the bright acids from springing up too hot, as well as its usual heavy-handed vanilla use (though avoiding any extreme levels), sliding the bar more toward a Semi-Dark type. All in all, a very good show for a 1st time effort.

One is never done learning unless 'quituating' (to use a Miles Davis term). Too early to jump on this but let's hope Dole/Guittard keeps at it.