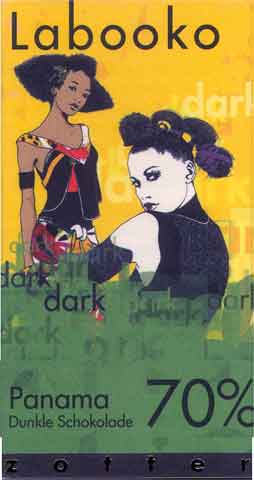 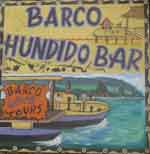 Forget the sound of Boca del Toro (“bull mouth”) cacáo, grown on the outskirts of Bocas Town - a party hang of Euro-Gringo sunbirds often congregating at Barco Hundido, a watering-hole built atop a sunken ship.

This chocolate runs easier than a sand bar along the many beaches of Panama, after checking into the Bambú Hostel located in the San Mateo Abajo neighborhood of the deceptively quiet town called Davíd (pronounced ‘da veed’) with its 24/7 casinos, clubs & brothels where Gregi San runs the show, ex-axe man for Rake’s Progress / Booga Suga & all-round bad boy Jailblazer who broke in & out of Airtech.com (the online travel pioneer to the intrepid that flew standby-flights at shockingly low airfares in the alt-travel world; e.g., $169 to Europe).

Airtech earned a cult-like word-of-mouth following among the concrete canyons of NYC, the windswept byways of the Bay Area, plus the drizzle-spattered neighborhoods of Seattle, as well as universities across the USA, thru their patented in-your-face /slap-you-upside-the-mug poster assaults. They sent out street squads that went straight for the jugular, posting guerilla-marketing sheets that reached audiences where they live. It all started with a poster blitz papering NYC - “If you can beat these prices, start your own damn airline” - that got the attention of Geraldo & JFK Jr. before they got their own planes.

Or how about this now-grim gem from pre-9/11: “Only terrorists can get you there for less”.

Sure the mayor cracked down, but hey, making omelets means nuking a few eggheads.

Along the way, the A‘tech discovered its core of world travelers has an enormous appetite for global events, parties, & happenings. It forayed into the High Times Tour, the annual festival of peace, love, reggae, & hemp hits in Amsterdam, producing the entire event & hosting over 3,000 music & cannabis cognoscenti from stateside to Holland. In November no less. Trust this: not too many hook-ups send a couple thousand people to Holland at that time of year.

The first urban poster campaign for that notorious A’dam gathering featured one William Jefferson Clinton with his mealy-mouthed grin & the caption “Inhale all you want.” They heard from the White House (which, officially, was not amused; or at least that’s what they professed). Secretly POTUS must've been flattered -- WH staff would end up attending the event.

So successful, they developed additional reasons to meet the needs of mad ventures & party-hungry clientele. Among them, Spring Bake, a customized set that put a new spin on an age-old rite of spring—the mid-March college break. Instead of the beaches of Florida, however, it’s Jamaica... March madness of the purest sort.

Soon followed treks in the remotest reaches of South America. A Venezuelan Safari: an ultra off-the-map trip thru cloud forests, down Class-5 rapids, & over the Andes flush with fauna so wild naturalists thought it extinct until recently. On the last day, the check-out meant either paragliding or bare-footing the surreally sand-carpeted mountainscape of Pan de Azucar - the only sheer vertical dune in the Americas.

Today Gregi San lounges pool-side back in Panama at the Bambú, a chillout rancho replete with hammocks & raw food/living-food seminars, plus improvised music jams opposite the numerous Feria Patronal (Patron Saint Fairs) featuring gallons of liberally-drunk rum - the starter fuel for massive Latin raves beginning around 8PM & lasting until at least 5 the next morning.

Call beforehand to see if Herr Zotter has checked in with, this, his latest cocoa cargo. Gregi will know... well before Chocosphere, Food Emporium or Love & Chocolate (if they ever carry it there).

And speak Mandarin for extra VVIP treatment (he can talk like that).

This bar annotates then elevates them to the nth degree.

Tremendous symmetry & cohesive structure (if somewhat the down-scaled side), giving credence to Zotter’s claim that he processes with complexity at continuously varying temperatures in the roast & conche cycles. The taste shows.

A Panama worth exploring.