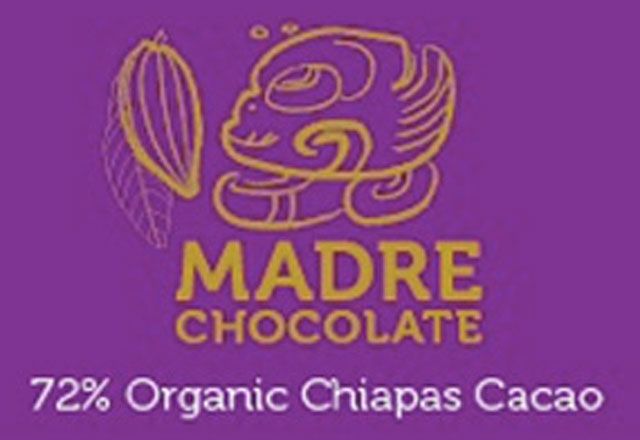 Impact
Murder City author Chuck Bowden sums up Juarez, Mexico (north of Chiapas, thru which a straight arrow connecting them could fly on to LA) & the cartel there with a) death is the only fact (all else an uncertainty) & b) the general violence feels oddly relaxing... as oddly relaxing as a dying man lurches into a prayer attributed to St. Francis d’Assisi:

make me an instrument
where there is hatred, sow love
where there is injury... pardon
doubt... faith
despair... hope
darkness... light
sadness... joy
divine master grant that I not seek
to be consoled as to console
to be understood as to understand
loved... as to love, for
it's in giving we receive
in pardoning we're pardoned
& in dying we're born 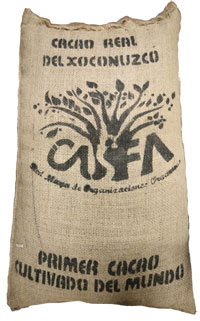 Sourced from the same co-op as Taza’s Chiapan – the Xoconochco CASFA (Centro Agroecológico San Francisco de Asís, S.A.). CASFA's producers are distributed about the montane: from coffee-growing areas above Tapachula & Huixtla down thru the flat coastal plane. The centennial of Mexico’s revolution coupled with renewed interest in heirloom cacáo has revived efforts to manage their genetic resources via selection in order to avoid the introduction of clones being pushed heavily by the local university & government tech offices.

Some members therefore hold to their inherited heirloom varieties, although hybridized nonetheless, among an wider eclectic mix of cacáo pods. Locally-recognized varieties include: Acinturado (with a thin "waist" at the top of the fruit); Lagarto (alligator like skin with a long point & the closest thing nearby resembling old growth Criollo); Calabacillo (small, round with intensely bitter beans), & the ever-ubiquitous Amelonado (smooth, rounded pods).

This diversity of genetic stock extends also to growing techniques & social conditions in the 6 municipalities where the co-op operates. So unlike fincas / estates such as La Joya (which is more or less genetically homogeneous), few allotments shipped by CASFA are created equal. Madre reportedly obtained seeds from specific locales / producers as per its own requirements/preferences, then further detailed this bar with more Mexican accoutrements (Tabasco CACEP cocoa butter + Chinantla Oaxaca vanilla).

Perhaps so yet similarities with Taza abound. Theirs 75%, roasted at ~240ºF for 45 minutes & unconched; this, though less ‘Old School’ similarly fits the bill as it drops in at 72%, barely roasted, & conched in a small Santha unit for 72 hours to what feels somewhere in the 30 to 40 micron range (most refined chocolate makers deliver 20 or below). The differing calibrations offset & compensate each other (indeed practically equalize one another) in such a way that both deliver sub-rendered profiles & powdered mouths.

Genuine home-ground chocolate that grows well on the senses in the aftermath... well past the under-riding sheetrock F/Xs in the actual taste.