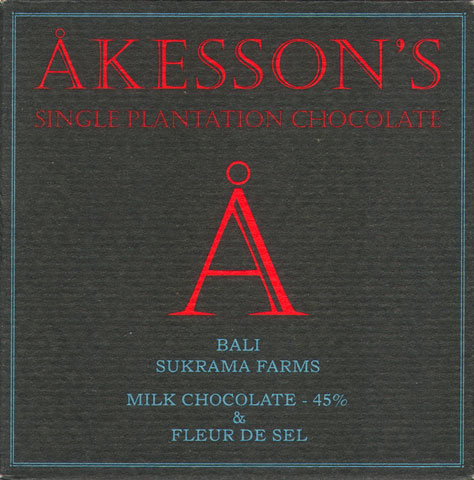 Impact
Once Eve bit into the apple of carnal knowledge, the sons of Adam have been afflicted, the old Jewish saying goes, with whenever the penis stands up, the brain shuts down.

The contagion has spread to both sexes (any doubters should just try talking to a diva with a strap-on -- what a bitch). Will-power & self-control elude just about everyone, hence massive credit card debt, obesity, promiscuity & more.

On the other hand, too much delayed gratification leads to its own silly set of disorders, warn cognitive scientists Steven Pinker & Roy Baumeister. From repressed drives to neuroses, in line with the joke about the inmate facing capital punishment who declines the ceremonial last meal because he’s trying to lose weight (less fat equals faster death-by-injection?).

In those conflicting moments between temptation & guilt, prevent the next lapse with this bar, tantamount to a meal replacement: vitamin-fortified milk already rich in calcium & protein, cocoa for its vaunted anti-oxidant power, plus mother nature's trace minerals pooled into sea salt -- that's if high blood pressure has yet to cause a stroke before this a seizure... of rapture.

A microcosm really of 'life's hell & then we die', but with enough stirring by endtimes to provoke a mortal response as the eyes roll into pinballs about their sockets, cursing the air with 'why couldn't it always be this way?'.

The use of coconut palm sugar sees to it. With internalized maple / caramel flavor of its own, palm sugar reinforces Milk Chocolate's naturally caramelized tones to create a double-density of dark caramel cover. Results in an overly rich, heavy bar & a first: a fruit bottom! Usually fruits appear higher on the palate. This inverts that... until the very end when order is restored.

Before then, however, three-quarters of the progression are overbearing / unbalanced. The thickness of that cover occludes so many flavor flags struggling for oxygen & largely negates the Fleur de Sel -- no small feat.

Texture too fights for its melt. Maybe because of it Åkesson feels compelled to utilize lecithin (which, given its amphiphillic properties, might actually aggravate the situation).

These defects are less about craft than choice of ingredients.

That aside, flavor improves along the length... for that rather elucidated & rapturous finish.

A bar ideally suited for jaded taste buds on the prowl to rouse their sensors.