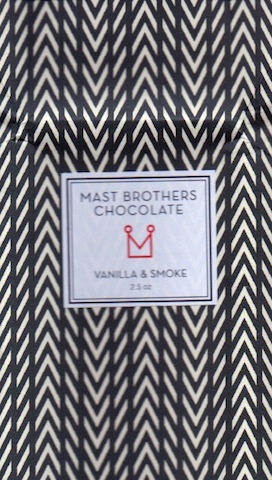 Impact
Mast Bros... Ambulance Chasers
This bar a crash victim scraped up, no doubt, off the same side of the road nearby to Amano's Morobe in PNG.

Medevac'd to the Masts' Bklyn care center & wheeled immediately into their ER for some plastic sugary + extreme vanilla make-over.

Soon released thereafter on an out-patient basis, without its own recognizance, thus enrolled in the "fine-chocolate" witness protection program.

There, someone in the neighboring proctology dept, who as a hobbyist runs an idio-blog, writes a review that reads "OMG, this chocolate has complex notes with hints of..." (continued in the Quality section below at the end of this review)
Appearance   3.7 / 5 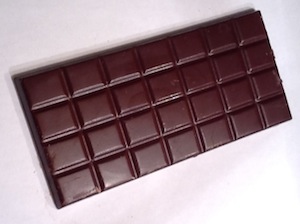 When asked how it'd like to be consumed, this bar responds with "Devoured... I want to be F-ed as a animal would a whore."

"Diabolicious", the review goes on, to coin a term that comes dangerously close to landing on The List of Banned Words.

Smokey PNG -- the entrails of hell. Poor post-harvest. Definitional "hammy" due to over-fermenting, then laying the seeds out on the side of the highway for cacáo's lipids to absorb the auto exhaust.

Did the Bros buy these beans from Amano Art Pollard on eBay? Or just a distressed get from John Nanci aka Chocolate Alchemist?

Either way, whereas they salvaged an underfermented Chuao pile, they hastily manufacture here. Shortened conch (noticeable grain in the Texture) with seemingly liters of bourbon vanilla -- the new miasma in the modern spartan chocolate era -- poured into it.

But oh, the ever-so-hipster Bros... smoke is the new bacon pork, & they're on it.